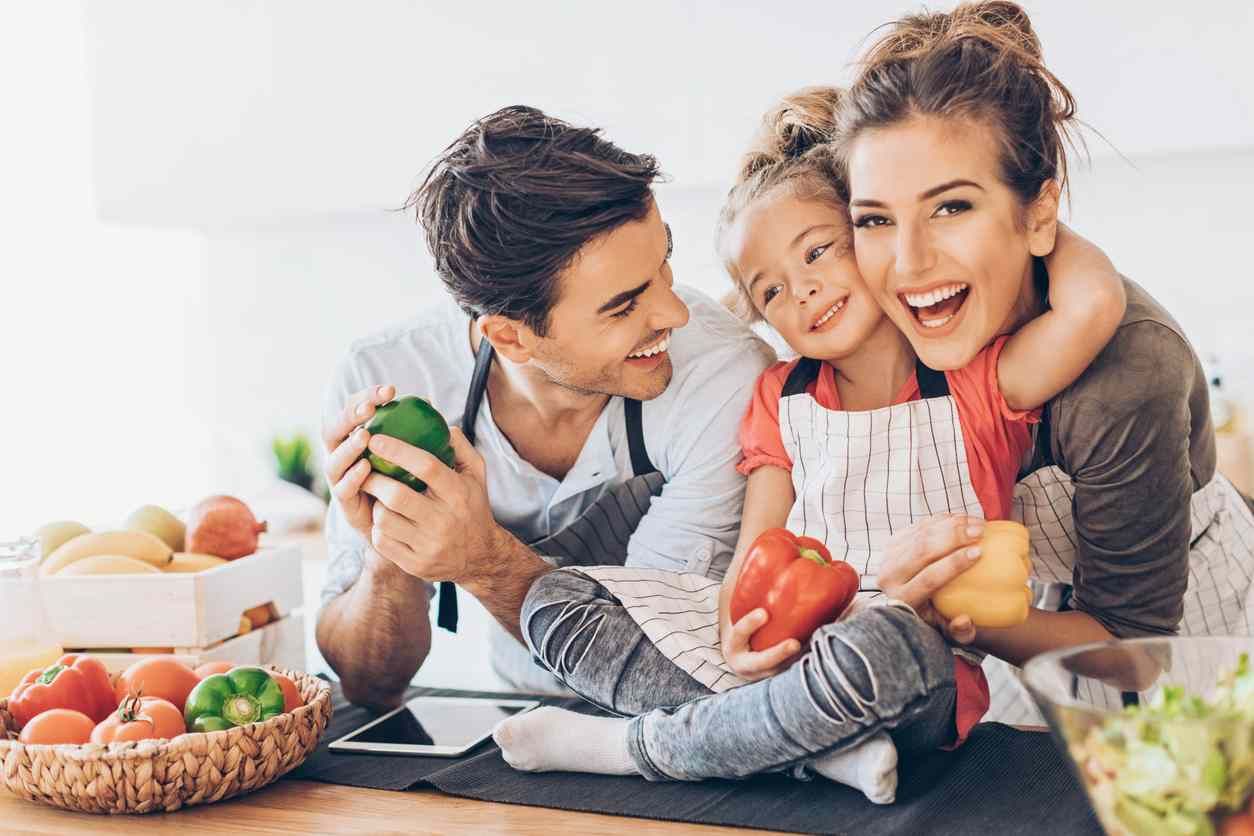 8 Nutrients and 16 Foods to Boost Your Mood — What to Eat to Increase Happiness
As it turns out, what you eat can have a massive impact on your mood. Making a few simple changes to your diet can make a difference for your mental health. Discover the stunning power of mood-boosting foods and nutrients.

Can you remember a time when you weren’t in a good mood?

At a Food Revolution Network retreat, I asked team members to say three words about how they were feeling. When it was my turn, one of the words I used was sad.

Looking at me, you would have never known that’s how I felt. On the outside, I looked happy — I was even laughing not long before we started the exercise. But how I looked was a far cry from what was going on in my heart and in my mind.

Can You Boost Your Mood Naturally?

The truth is, we’ve all felt sad or even “down in the dumps.” And sometimes, no matter how hard you try, it’s hard to turn that frown upside down.

If you ever feel down, or lonely, you’re hardly alone. We live in a world where depression is at an all-time high. Worldwide, depression affects 322 million people.

As a result, some doctors now prescribe antidepressants like they were candy. According to the CDC, antidepressants are one of the three most common prescription drugs that Americans take.

As humans, we’re made to experience a rainbow of emotions. And sometimes feeling sad is an important part of life. But most of us would like a little more (or a lot more!) levity.

According to science, the answer is sure to put a smile on your face.

8 Nutrients That Can Increase Your Happiness Research has found eight nutrients, in particular, that make a significant contribution to supporting healthy brain function — and to fighting depression and mood disorders.

Some of the studies focus on supplements because they’re easier to study than food. But these nutrients are all found in foods, too!

So let’s take a look at these eight nutrients. And then, we’ll review 16 mood-boosting foods that are rich in them.

Between the years 1500 and 1800, scurvy killed an estimated two million sailors. Albert Szent-Györgyi didn’t discover the scurvy-prevention miracle of vitamin C until the 1930s. His discovery became foundational to the modern understanding of nutrition.

And now, we know that vitamin C does a lot more than prevent scurvy. It enables your body to use carbohydrates, fats, and proteins efficiently.

In 2013, a clinical trial published in the The American Journal of Clinical Nutrition replenished blood levels of vitamin C to normal among acutely hospitalized patients. They saw a 71% reduction in mood disturbance and a 51% reduction in psychological distress.

And a 2018 study on 139 young adult males found that those who consumed the most vitamin C had the lowest reported feelings of depression, confusion, and anger.

(In case you’re interested, PuraTHRIVE makes a vitamin C supplement. It includes micelle liposomal delivery, which studies have found boosts absorption by up to 140 times.)

Oranges, lemons, strawberries, bell peppers, and broccoli are all high in vitamin C.

The goal of many antidepressants is to increase serotonin uptake. As it turns out, B-vitamins can have a similar effect.

For example, vitamin B6 is effective in treating premenstrual depression.

And your body needs it to make mood-boosting neurotransmitters, including serotonin, norepinephrine, and melatonin. Studies have found that B6 deficiency can lead to depression.

Good sources of vitamin B6 include carrots, spinach, sweet potatoes, green peas, lentils and other legumes, and bananas. Your brain is 60% fat. And it needs healthy fats to function well.

Omega-3 fatty acids, in particular, have a huge impact on the maintenance of healthy brain function in people of all ages.

People with plenty of EPA (Eicosapentaenoic acid) and DHA (Docosahexaenoic acid), especially have been found to experience less depression.

And other studies have found that omega-3s are effective in improving depression symptoms among adults and children.

Top plant-based food sources of omega-3 fatty acids include chia seeds, flax seeds, and algae-sourced EPA and DHA supplements. If you choose to eat fish, the best sources of EPA and DHA are those that are high in fat and low in mercury, such as wild salmon, herring, and sardines.

Research shows that people with the worst depression often have the lowest levels of zinc. Zinc deficiency can lead to symptoms of depression, ADHD, difficulties with learning and memory, seizures, aggression, and violence.

On the other hand, zinc replenishment has been found to be therapeutic in treating mood disorders.

Foods that are high in zinc include legumes (especially when sprouted), seeds, nuts, and whole grains.

Magnesium is a cofactor in more than 300 reactions in your body. However, about half of Americans don’t get enough of it.

Why is that a problem? Because your body needs magnesium to facilitate the hormone balance, enzyme activity, and neurotransmitter function that regulate your mood and overall health.

The role of magnesium isn’t exactly news, either. As a result of a benchmark study in 1921, magnesium became the first medically acknowledged substance used to treat depression.

Nearly 100 years later, a randomized controlled trial published in the journal PLoS One looked at 126 depressed participants in outpatient clinics. The participants consumed 258 mg of magnesium chloride daily for six weeks. As a result, 89% of participants showed clinically significant improvement in depression and anxiety symptoms.

Folate and folic acid are different forms of vitamin B9. Their names are often used interchangeably. However, researchers are finding that their effects are, in fact, quite different.

Folate fulfills many important functions in your body. For example, it helps your body create new cells and supports the formation of DNA. And folate also contributes to serotonin regulation.

Folic acid, however, is a synthetic form of vitamin B9. Studies tell us that the body doesn’t convert it to the active form of B9 very efficiently. Unmetabolized folic acid has been linked to increased risk of cancer and a number of other health problems. So if you want to take supplemental vitamin B9, folate is a better choice than folic acid.

Foods such as avocado, oranges, spinach, and asparagus are high in folate.

You may not hear much about selenium, but it’s an important mineral for brain health.

A 1991 study published in Biological Psychiatry supplemented 50 individuals with 100 mcg of selenium or a placebo for five weeks. Researchers found that people who received selenium reported a general elevation of mood. They also reported a decrease in anxiety, depression, and tiredness.

A 2014 study in the Journal of Nutrition observed similar findings. Among 978 young adults, those with the lowest moods also had the lowest blood levels of selenium. Vitamin D is known as the “sunshine vitamin.” Why? Because the only way to get it naturally is by exposing your body to sunshine.

Our ancestors lived outdoors and didn’t wear much clothing. Today, most people work indoors and wear clothes much of the time. As well, many of us live in northern climates with low levels of sunshine in the winter months.

Vitamin D deficiency is the most common vitamin deficiency in the world today. In fact, an estimated 40% to 60% of the world’s adult population don’t get enough vitamin D.

This is a shame because vitamin D can increase production of the neurotransmitters associated with mood, like serotonin. Research has also shown that vitamin D supplementation helps maintain a positive mental state.

A 2011 study in the American Journal of Clinical Nutrition found that women with high levels of vitamin D had a lower risk of depression.

Other studies have found that a relationship exists between low levels of vitamin D, depression, and Seasonal Affective Disorder. During cold months, most of us tend to stay indoors. And our skin is unable to produce as much natural vitamin D as it does in warmer seasons.

What about food sources? Vitamin D is naturally present in very few foods. The flesh of certain fatty fish and some fish liver oils contain small amounts of it. Fortified foods, such as fortified orange juice and fortified milk products, provide most of the vitamin D in the American diet today.

The best source of vitamin D is the kind your body makes in response to a healthy dose of sunshine. But if that’s not viable for you, you may want to consider supplementation.

Subscribe to updates from author Unsubscribe to updates from author Ocean Robbins
Ocean Robbins was born in a log cabin built by his parents, and grew up eating food they grew on the land together. At age 16, he co-founded an organization called YES! (Youth for Environmental Sanity) that he directed for the next 20 years. Ocean has spoken in person to more than 200,000 people in schools, conferences and events, and he has organized 100+ seminars and gatherings for leaders from 65+ nations. Ocean’s work has taken him all over the world, where he has seen first-hand the powerful impact of the food we eat – not just on our health, but on people and economies everywhere. He is author of The Power of Partnership, and co-author, with his dad and colleague John Robbins, of Voices of the Food Revolution. He serves as an adjunct professor for Chapman University, and has received numerous awards including the national Jefferson Award for Outstanding Public Service. He serves as co-host and CEO of the Food Revolution Network.

More posts from author
Wednesday, 10 August 2022 What Is CoQ10 & Can You Get it From Food?
Wednesday, 06 July 2022 How Mushrooms Can Help with Depression, Anxiety, and Your Overall Mental Health
Wednesday, 01 June 2022 Natural Insecticides: How to Make Safe & Homemade Bug Sprays for Vegetables