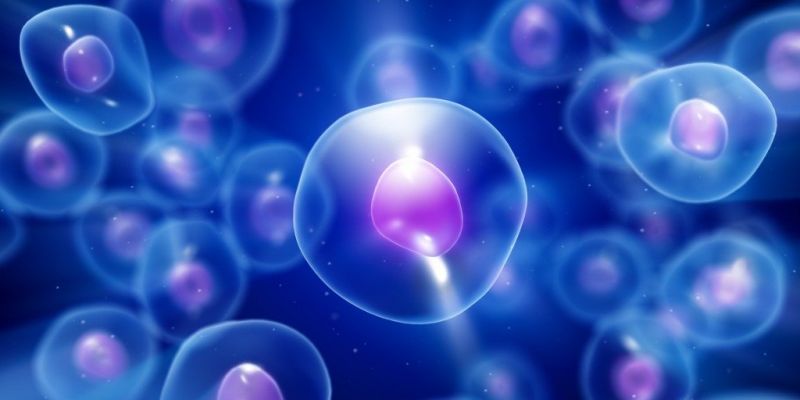 Deepak Chopra, M.D., Brian J. Fertig, M.D. and Jack A. Tuszynski, Ph.D., D.Sc.
One of the strangest mysteries in everyday life is that it is much easier to stay alive than to be alive in the first place. There’s a cascade of processes inside us that is perfectly synchronized—a body remains alive as long as its organs are alive, organs remain alive as long as tissues are alive, and tissues remain alive as long as cells are alive. This cascade has been understood for centuries, and yet no one knows why cells are alive to begin with. They don’t deserve to be, because the teeming chemical reactions inside a heart, liver, or brain cell can easily be reproduced in a test tube without showing any signs of life.

Science is far more comfortable asking “how” than “why,” and if you ask how cells operate, the picture is fairly clear once each microscopic process inside a cell is analyzed as biochemistry. The bottom line is that 99% of biology centers on the “how” of living things. The nagging question of “why?” is ignored as basically unscientific. Unfortunately, there is no “how” without “why.” If two cars collide, the physics of one machine crashing into another is cut and dried, but to really explain what happens, you have to determine if one driver was distracted by a phone call, drunk, or something else.

The human quotient is crucial in everything we do, yet somehow it also applies to cells. Consider the necessities of being alive in a body. Cells must cooperate and communicate with one another; they have to live together in peace and place the well-being of the whole body ahead of their personal well-being (this is evident by the way cells are willing to die when their usefulness has reached an end—malignant cancer cells multiply with a frenzy to avoid dying, and yet in the end they and the whole body perishes).

Take all the human qualities that cells exhibit—the list also includes repelling invaders, telling friend from foe at the level of micro-organisms, along with much, much more—and what you see is massively coordinated intelligence. Far from being inferior to human I.Q., the intelligence of the body surpasses the capacity of modern medicine to explain it fully. So it is plausible to say that the mystery of life comes down to the emergence of intelligence where previously only raw chemistry ruled on primeval Earth.

This inrush of intelligence couldn’t have come out of nowhere. The search for its roots cannot stop with chemistry, as we’ve just seen. The most recent advanced explorations have gone to a subtler level of Nature, the quantum field, giving rise to quantum biology. If you want to know who is minding the store to keep life going, the quantum field might hold the answer.

Oddly, this deeper dive is logical and absurd at the same time. It is logical because science operates by the reductionist method, reducing all phenomena to their smallest fundamental constituent. The absurdity comes in because a quantum is billions of times smaller than an organic molecule like the proteins that run the basic operations inside a cell. Going quantum takes us farther away from our picture of life, not closer.

Yet appearances are deceiving. The secret of life isn’t tiny; it’s invisible, because intelligence is invisible. The promise of quantum biology is to witness behavior at the finest level of Nature that looks intelligent. If we examine how quantum biology applies the principles of quantum physics to living things, the cascade of life inside our bodies becomes consistent and continuous, revealing how holistic life really is.

One of the most striking parallels between the quantum and macro world is known as superimposition, which defies the common-sense notion that nothing can be in two places at once. But from a quantum perspective there are states in which biomolecules are in superpositions, meaning that two or more states can co-exist at the same time in the same place—the celebratedSchrödinger cat is an example, a paradox in which the cat is dead and alive at the same time (not a real cat, since this is a thought experiment).

Likewise, two subatomic particles separated by any amount of space can somehow know what is happening to each other instantaneously, sending messages faster than the speed of light. Quantum biology might thus explain how brain cells in different locations seemingly coordinate without sending electrical to chemical signals to each other.

Other examples of quantum processes in biology include migratory bird navigation, which seems to involve detecting the Earth’s magnetic field, and the way our senses work: vision is possible because the retina can capture photons, which are quantum packets of light energy. It is beginning to make more and more sense to view the entire human brain as a quantum detector, in fact.

Yet quantum measurements are still not adequate to explain life. Inside a cell life employs billions of relationships between thousands of proteins in comparison to about 100 types of particles in quantum physics. And as it becomes obvious that science must explain how consciousness arose, explanations from physics have stumbled over the problem that a thought, feeling, or sensation isn’t physical. Protests that everything must have a physical explanation, which is the basic worldview of mainstream science, run afoul of the fact that no one can point to a quantum, atom, or molecule that thinks.

This is why the picture must be reversed. It isn’t true that matter created mind, but it might be true that mind created matter. With every thought you have you generate new chemicals at the level of the synapses in your brain, and if you feel frightened, you might trigger a cascade of stress hormones that need your fear in order to be created. From the viewpoint of consciousness, there is creative intelligence at every level of Nature. Every system in Nature, from a quantum through atoms, molecules, cells, tissues, organs, and eventually the human body and brain is able to mind itself.

That is, it is self-organizing, self-maintaining, in touch with the systems above and below it in complexity, synched into the whole “system of systems” that is the human body (and the universe). Minding the store is the essence of living systems at every level. The advance of quantum biology has the advantage of displaying that living behavior permeates creation. What used to be called “the great chain of Being” that Christian theologians traced to the Godhead is now the great chain of consciousness. Without deifying it, we can embrace it as the best explanation for why life exists and not merely how.