Are You Perpetuating a Controlling Relationship System? 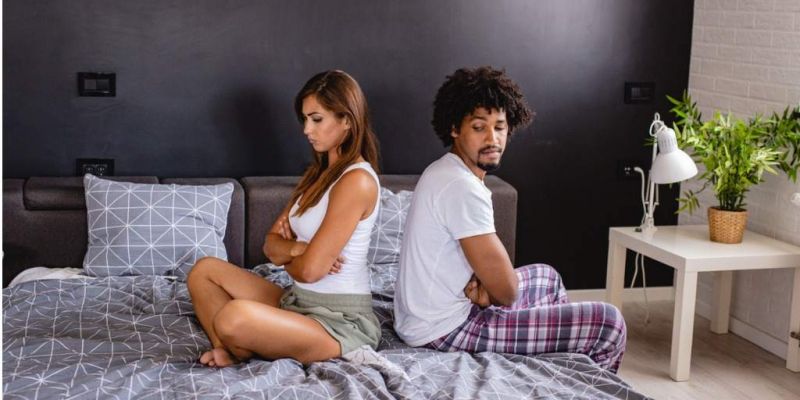 For example, Sadie found herself in the same interaction over and over with her husband, Benjamin. The interaction would go something like this:

Most of us in relationships have an easy time seeing how the other person is being controlling, and a very hard time seeing it in ourselves. We also generally don’t recognize that any time we are trying to control, we are creating an energy loop that perpetuates the dysfunctional relationship system.

Benjamin, in a judgmental voice: “You never seem to want to cuddle or make love anymore. What’s wrong with you?”

Sadie, in a kind voice: “Benjamin, are you aware of how often you criticize me? Don’t you see what you are doing that is causing problems in our relationship?”

Benjamin: “I’m fine. I’m not the problem. Maybe you need some hormones or something. You’re the one with the problem.”

Acting Open While Being Controlling

Sadie likes to convince herself that she is being open to learning when she responds like this to Benjamin’s criticism, and then feels awful when she continues to get criticized. She doesn’t understand why Benjamin doesn’t hear her when she is being so open and kind.

What Sadie doesn’t realize is that her intent in responding to Benjamin is to get him to see what he is doing wrong, so he will change. Anytime our agenda is to get someone to change, we are trying to control that person – even when our tone of voice seems kind and open.

The moment she responds to Benjamin’s judgmental statement, she has unwittingly hooked herself into a loop that keeps the dysfunctional interaction going. When Benjamin senses that she is hooked into the controlling system that they have created together, he feels free to continue his end of the dysfunctional system.

The Illusion of Control

Sadie keeps herself hooked into negative patterns with Benjamin, his parents, her parents and their children, by indulging herself in the illusion of control. The basis of the wounded self is control – in an effort to get love and avoid pain, and to feel safe. Sadie’s wounded self does not want her to accept the fact that she does not have control over Benjamin, and that trying to control him actually backfires on her, causing the control system to escalate.

A major part of the job of the wounded self is to protect against the feeling of helplessness. Helplessness over others is a very challenging feeling and one that we could not manage at all when we were little children. We created our controlling wounded self to protect us against helplessness, as well as against the underlying core pain of loneliness, heartbreak, and grief. As long as we can convince ourselves that if we just do things right or say the right thing, we can get the other person to understand – and then change, we can temporarily avoid these very painful feelings.

What Is The Price We Pay For This?

The price is that we unwittingly perpetuate the very system that is causing the loneliness and heartbreak.

If Sadie were to respond to Benjamin’s criticism by saying, “I’m not attracted to you when you criticize me,” and then disengage from the conversation by calmly walking away, she would stop the perpetuation of the negative system. But, in order to walk away without anger or blame, she would need to compassionately embrace and accept her helplessness, loneliness and heartbreak over his treatment of her, bringing much love to herself.

Why does this change the system? Because the continuation of a system requires both people to keep doing what they’ve been doing. When one stops, the system stops. Benjamin will continue to criticize her as long as he believes it will work to control her. Eventually, when he gets that she is no longer reacting to him, he may stop. But even if he doesn’t, his criticism will become ineffectual once she is disengaged from it.

I encourage you to develop the courage to lovingly manage your core pain, rather than continue to try to control others to try to get them change, in overt or covert ways.

Are They Your Soulmate?

Are You Ridiculed for Your Spiritual Beliefs?

Are You Unrealistically Hoping Your Partner Will Change?