Receive the Gift of Unlimited Possibilities in Any Moment 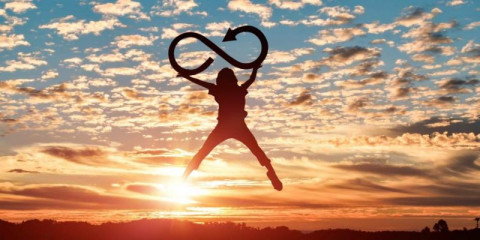 When a wave of negative reactions comes along, something in us that believes itself to be apart from the wave, steps in and tries to mitigate or resolve it.  It never works!  As long as we run into the wave, try to fight with it, change its direction, or evaporate the ocean, there's only one possibility. What's the possibility? The continuity of conflict. That's the only possibility there is. The reaction actually drives the situation deeper and strengthens the idea that: “I really don't want to be an unhappy person. I really don't want to worry, but I just have to!” That’s a lie.

If we really understood that, then what position would we take towards our painful reactions? What would be our conscious choice? I'm going to tell you what it would be. It would be to have no position at all. None. We would just be watchful instead of being tricked into being willful.

Have you ever watched a little cloud in the sky until it disappears? Where does it go? It changes form. It lives in a relationship with a host of forces acting upon it, and the very purpose of the relationship is to change the forms that those forces produce.

When the cloud disappears, nothing is lost; it has simply taken on a new role. The role that it takes on will change again and again, and eventually it will appear as a little cloud again. That's the nature of life.

What would happen if we understood that our true nature is to our negative reactions, as this broad body of forces is to the awareness of the cloud?