Being in the Flow 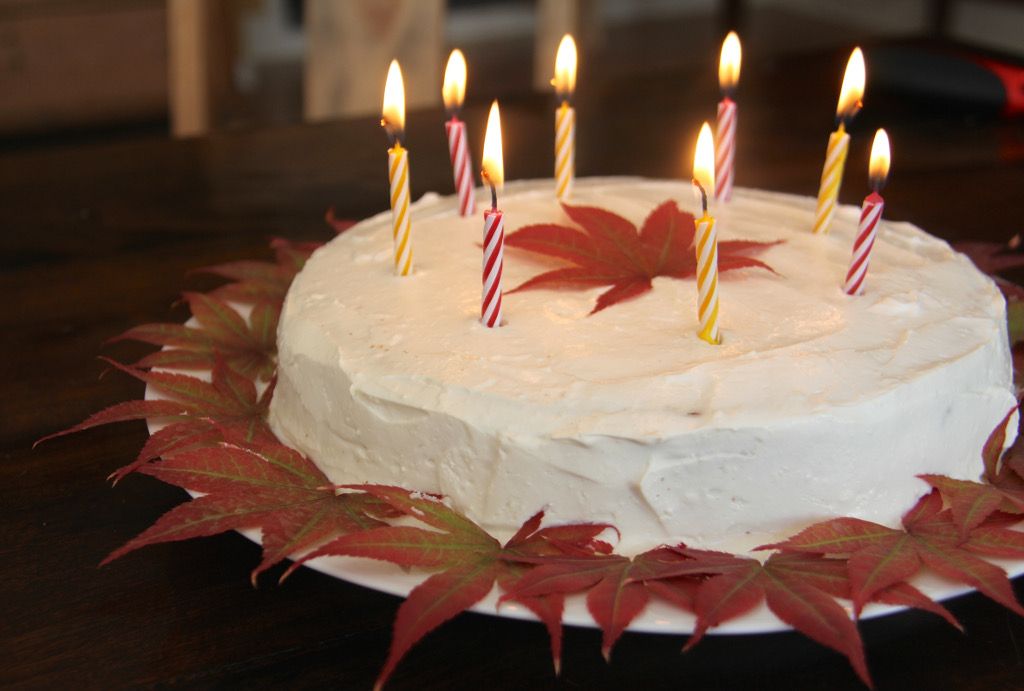 Being in the Flow

Do you feel like you’re butting your head up against a wall and no matter how much you try, nothing seems to come together? This is what happens when you’re out of the flow.

Do you feel at other times as though your life is miraculously unfolding in ways that far surpass your wildest dreams? This is what happens when you’re in the flow.

Like a pendulum swinging to and fro, I’ve experienced both extremes. I’ve noticed this especially on my birthday. 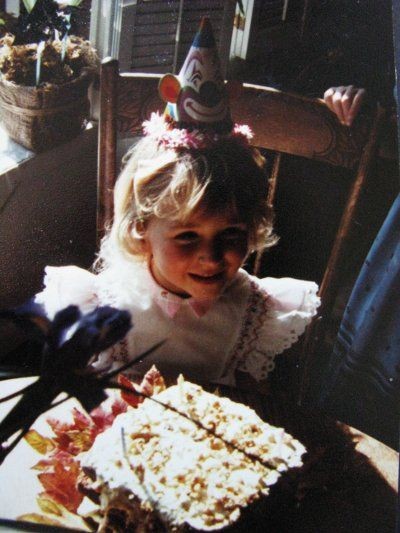 My 36th birthday was a disaster. I’d had my heart broken by a man who I thought had potential to be “the one.” And no amount of birthday cheer could pull me out of the dark hole I’d fallen into. My mom tried absolutely everything to cheer me up, but it was for naught. As a result of my spiraling depression, there was no flow to the day. My mom had organized a day of pampering, but somehow nothing turned out as planned. We went to Sephora to have our makeup done, but the woman was out with the flu. As we were walking down the street, my shoe broke. Things that should have been simple appeared as massive hurdles.

I understand now that the day was mirroring the way I was feeling. There was no flow to the day because I wasn’t in the flow.

My 35th birthday wasn’t much better. I spent that birthday in bed with excruciating abdominal pains that, after a trip to the Emergency Room, was diagnosed as ovarian cysts. I wasn’t in the flow then either. For a few years I’d been dreading 35 because everything I’d read said a woman’s fertility drops at that age. So, rather than celebrating that birthday with cake and ice cream, I spent it worrying that I might never become a mother. Since I’d put so much charge on turning 35, I wasn’t in the flow. As a result, my body created a physical manifestation of the angst I’d been carrying with me.

However, on my 37th birthday something shifted and every birthday since then has been filled with magic. (Side note: I just turned 41, and I’m expecting my first child this winter.)

Action steps: When you’re out of the flow, getting back in the flow can feel like a Herculean task. However, you don’t have to build Rome in a day. Start small. For example, when I was in a deep depression on my 36th birthday, my mom and I sat by the river and dangled our feet in the stream. Although my heart still hurt, watching autumn leaves flow downstream was a spark that put me back on the path to regaining my flow. There was such wonderment in that seemingly small moment. When you savor the small moments, bit-by-bit you’ll get back into the flow, and miracles will abound. 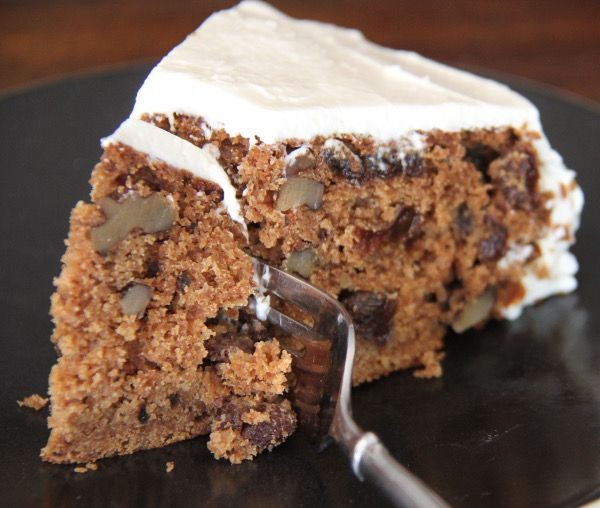 This is the birthday cake my mom made for me every year when I was growing up. I was the only kid in the 80s with a gluten-free birthday cake, I’m pretty sure. But even when I started eating wheat in my teens, this remained a favorite. I hope you love it as much as we do.

I’ve written instructions for using a standing mixer, but this cake can easily be made by hand. 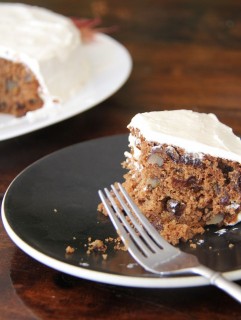 In the bowl of a standing mixer fitted with a paddle attachement, cream the butter and sugars on medium-low, scraping down the sides as necessary. Turn off the machine and add the eggs and applesauce. Mix on low until combined.

In a medium bowl combine the brown rice flour, potato starch, baking soda, salt, cinnamon, and cloves. With the standing mixer on low, slowly add the dry ingredients and mix until fully combined.

Turn off the machine and mix in the walnuts and raisins by hand.

Pour the cake batter into the prepared pan and bake on the middle rack of the oven until a toothpick inserted in the center comes out clean. My mom’s recipe says to bake the cake in an 8x8x2 inch pan for 1 hour 15 minutes. However, when I used a 9-inch round spring-form pan, the cake only took 50 minutes.

Remove from the oven and cool to room temperature before frosting.

Combine all the ingredients in the bowl of a standing mixer fitted with a paddle attachment. Slowly bring the mixer to high, then beat until smooth, approximately 3 minutes.

The Mystic Cookbook: The Secret Alchemy of Food 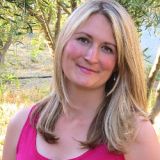 Meadow Linn is a chef and health/vitality coach who’s been passionate about good food since she was old enough to crawl into the cupboards. She is the founder of The Mystic Chef® training and the co-author of The Mystic Cookbook, which was listed by PBS Food as one of the “Top 5 Cookbooks for the Holidays,” and it inspired a keynote address live to 3,000 people and streamed worldwide. Meadow’s recipes and articles appear in numerous publications stateside and abroad. www.MeadowLinn.com

More posts from author
Thursday, 29 November 2018 How Much Courage Does It Take to Live Your Dreams? (Plus: Coconut Fudgy Oat Squares recipe)
Friday, 07 September 2018 The Infamous “If-Then Statement”
Thursday, 23 August 2018 Get Clear on the Outcome

A taste for vegetables: your guide to falling in love

Healthy Pantry Foods You Should Have On Hand

Giving in all sorts of ways—Including chocolate :)