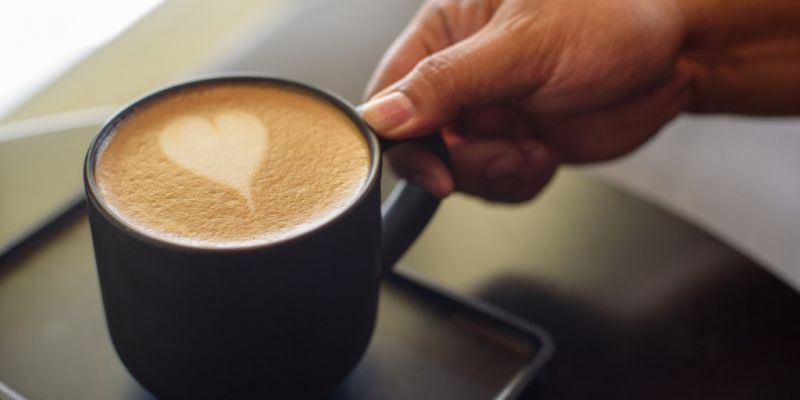 Classical physics, like all of today’s science, depends on reductionism, the method that explains a phenomenon by breaking it down into smaller parts. Reductionism is tied to the fundamental idea that reality is physical and that nothing else is needed beyond the physical. Even though modern physics is hugely complex, the outmoded notion that the universe is a gigantic physical mechanism keeps persisting a century after quantum theory dismantled the very notion that the mystery of the universe lies in its tiniest bits and pieces.

If the mystery of the universe can be solved, the solution doesn’t lie with a purely physical explanation. If we take an ordinary object like a coffee cup, the mystery of everything is contained in it, and in one stroke the mystery can be solved, because in the experience of holding a coffee cup, you can simultaneously throw out a solution that doesn’t work and see that the right solution is dawning. Holding the cup and experiencing it is as important as the cup itself. The two cannot be separated.

Physics can reduce a coffee cup to the smallest scale before everything vanishes in the quantum dimensions known as the Planck scale, named for a seminal quantum physicist, Max Planck, who started the entire quantum revolution in 1903. Measurements of length are extremely tiny, almost infinitesimal at the Planck scale. As a unit of measurement, the Planck length is 100 million trillion times smaller than the proton. Planck theorized that five infinitesimal units that characterize the micro world—length, mass, energy, temperature, and charge—can be reduced to individual quantum scales to the  smallest possible values at the scale where the universe, and everything in it, originates. If you try to imagine the womb of creation, the Planck scale is its location.

Planck-scale units tell us the scale at which the universe began during the Big Bang, but they also mark the end of the road. This is where the laws of nature no longer operate, where “smaller” is impossible to measure because length itself, along with the whole setup of three dimensions, time, and every known constant, ceases to have meaning. There is much more to say about the Planck scale, but one thing is clear. Physical explanations stop here, and they haven’t solved the mystery of the origin of the universe. What lies over the Planck scale horizon cannot be known by any kind of physical experiment, data, facts, or any observation.

Where the universe collapses into pure mystery, so does a coffee cup and so do you. You are beyond any facts, which means that physical data concerning you, although interesting and useful, are just provisional, temporary, and relative. In fact, any theory reaches a horizon of understanding about the mysteries that lie beyond. The true, essential you (along with the coffee cup and the entire universe) can only be found following a non-physical path of explanation. This path, which is open to direct experience, is the path of consciousness. We are so conditioned to accept the physical explanation of reality that the path of consciousness seems alien. But consciousness itself already defies the reductionist approach—as another great quantum physicist, Erwin Schrödinger declared, it makes no sense to subdivide the mind. It is far more credible and ultimately self-consistent to explain everything as a creation of consciousness than as a machine-like conglomeration of matter and energy.

The Planck scale cannot be observed, only speculated about. But whatever is happening, you and I are the result, along with everything in existence. Something has to be going on, and if it isn’t material or physical, if it doesn’t take time or occur in space, there is only one thing that the human mind can conceive, which is consciousness. This is a classic example, one might say, of Sherlock Holmes’s dictum that when every other explanation has failed, the one that remains, however improbable, must be true. Consciousness-based reality is ultimately the cleanest, most self-consistent and irreducible view of the wholeness that science and philosophy are trying to reach.

Assigning the leading role to consciousness isn’t improbable. Being conscious is the essence of every experience. Without awareness, there is no known reality. To someone wedded to a purely physical explanation, consciousness is nothing, or at best a lingering mystery that no one can understand, but once you step away from physicalism, consciousness is everything. This choice, between nothing and everything, is crucial; you can’t get around it. Planck himself came to believe that consciousness is fundamental to the universe. In an attempt to salvage physicalism, it is argued that the universe existed for billions of years before human beings appeared on the scene to be aware of it.

Physical explanations miss the point. What does it mean to say you are conscious? It means that you perceive, understand, and know. It means that you can think, observe, speak, and act. It means that you have a sense of self. These features of you cannot be created out of physical stuff. It only makes sense that they have always been around, woven into the fabric of existence itself. Consciousness knows, understands, perceives, observes, etc. These are its basic qualities, just as wetness is a basic quality of water.

So the path of consciousness is built up not from bits and pieces of matter, but the process of consciousness creating anything it wants simply by projecting itself. Its creative ability begins with nothing but itself. It doesn’t need space, time, matter, and energy. They are tools of creation the way a painter uses the tools of color. A painting needs the tools of color to be created, but clearly the painting is much more than those tools. A coffee cup has local qualities and universal qualities at the same time. It is a “thing” and it is the idea of the thing. The local qualities are its color, shape, hardness, lightness, and so on. Its universal qualities are invisible, playing their part behind the scene. These are the qualities of creativity embedded in consciousness.

There is every reason to shift our explanations to be consciousness based. When you see a painting, its local qualities are in the picture. You can study the Mona Lisa for hours absorbing these qualities.  But implicitly you know that it took a conscious mind, belonging to Leonardo da Vinci, to assemble those local qualities. He conceived how to make the model’s smile elusive, her beauty enigmatic, her skin luminous, and the inert paint come alive. Without consciousness, no local qualities can exist. The same is true of the universe, your body, a coffee cup, and anything else. Without consciousness to unify everything, we would be left with the only alternative, which is nothing.