Looking Deep into the Problem of Fear 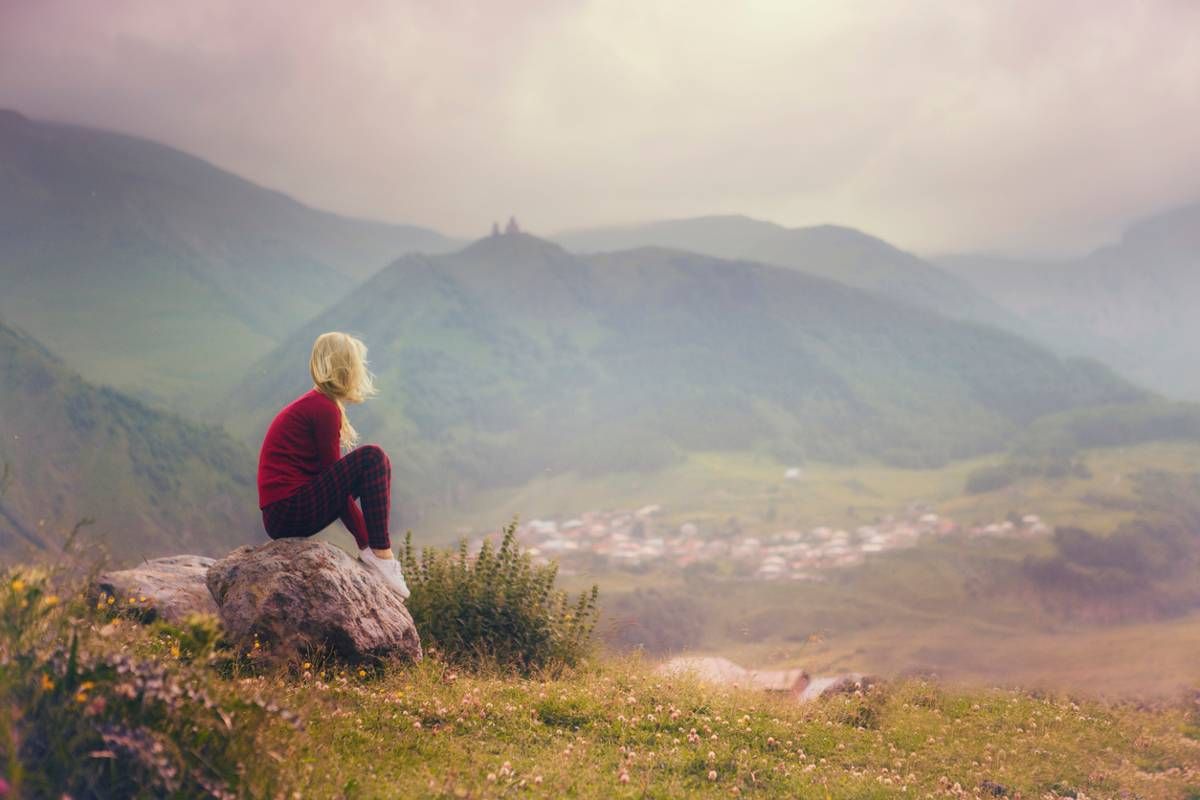 Looking Deep into the Problem of Fear

Everyday life proceeds along no matter how terrible circumstances become. But when traumatic events occur, everyday life doesn't solve them. Time alone cannot heal deep wounds. One after-effect of having something bad happen, whether it is the loss of a loved one, a bitter divorce, the outbreak of war, or being the victim of a crime, is anxiety. Millions of people suffer from anxiety and seek help from the billion-dollar market for tranquilizers or, less legitimately, opioids.

Anxiety often feels mysterious to those who suffer from it. Instead of being linked to a cause, such as being anxious to get to work on time when your car dies in traffic, modern anxiety is often free-floating. It's like a chronic condition that needs no immediate cause or is triggered by tiny causes that normally don't justify a feeling of anxiety.

To get at anxiety, there has to be an understanding of fear, because anxiety is residual fear. Despite the seemingly normal, untroubled activities of everyday life, something deeper down is generating the response of fear. So what is the role of fear as a human emotion? There is more than one function that fear plays, as follows:

Physical fear is born of a physical threat. It crosses over into psychological fear when the actual threat is gone but its effects linger. An abusive parent, for example, feels like a physical threat to a child--and sometimes is one. Leaving home at 17 or 18 removes the physical threat, but still the effects will linger psychologically. In this case, that fear of physical threat has become useless, a false protection against an imaginary bogeyman. Psychologists point out that fear isn't entirely negative. It can be part of the fight-or-flight mechanism embedded in the lower brain, a response inherited from our remote ancestors to defend themselves from danger.

Yet in modern life the actual uses of fear are overwhelmed by useless psychological fear that hampers and often cripples people's lives. Lingering, useless fear is the result of impressions made in the past that turned into conditioning. Even when you survive a trauma, the impression it leaves creates new, repeated trauma--that's the whole point of PTSD, or post-traumatic stress disorder, which traumatizes soldiers back home because of the impressions left by war.

To get at the cause of anxiety, we can say that PTSD applies in small and large ways to everything we are afraid us. Something had to make us afraid in the first place, and then the fear was kept alive by lingering impressions. The memory of fear is mysterious, because all memory is mysterious. Yet it is enough to say that old traumas affect mind, brain, and body. Fear cannot be undone without reaching the whole bodymind.

There are many therapies and drugs that come into play when dealing with anxiety, but ultimately, we need to know how psychological fear ever got created in the first place. If you were not in the habit of fear, bad things would come and go without leaving a lasting impression. The viewpoint that seems most valid to me is that all fears are generated by a single primal fear. This single fear made an inescapable impression, generating the habit of fear, and afterwards all the other miscellaneous fears latched on to the habit.

What constitutes a primal fear? "Primal" means that it is built into the very state of being human. Does this imply that simply by being human we must be afraid, without remedy or escape? No--our primal fear runs very deep, but not as deep as that. Our primal fear is that we are alone, unsafe, disconnected from Nature, prey to random harm, and fated to suffer traumas. This describes the state of separation, and there is no better or deeper explanation of where fear was born. it was born of separation.

If this is true, then the solution to fear of the lingering, psychological post-traumatic kind is to expose separation as an illusion. Getting out of separation is usually put in spiritual terms, but I feel that any category is too limiting and ultimately artificial. Either we are destined to be in the state of separation or we can wake up and see that separation is an illusion. It's a matter of consciousness, not spirit. "Spirit" is a convenient tag for higher consciousness or expanded consciousness. The important thing, the real thing, is to wake up.

Only when you wake up, realize that you are not separate, and suddenly know the difference between reality and illusion does fear go away--indeed, all suffering goes away, since suffering was created by the state of separation too. Fear and suffering are lingering psychological reactions to feeling alone and threatened by our existence. If being human was an existential threat, we are doomed. But that's the illusion. Being human is a state of infinite potential because existence contains infinite possibilities. Waking up to the infinite cures fear and suffering. There's more to say about how to reach the state of waking up, but the bottom line is that fear is born of separation. Once a person discovers this truth and begins to take it to heart, the end of fear becomes possible.

Are You Just "Self-Improving" Or Are You Also Healing?