The Evolving Cosmos: Is Reality Getting Any Closer 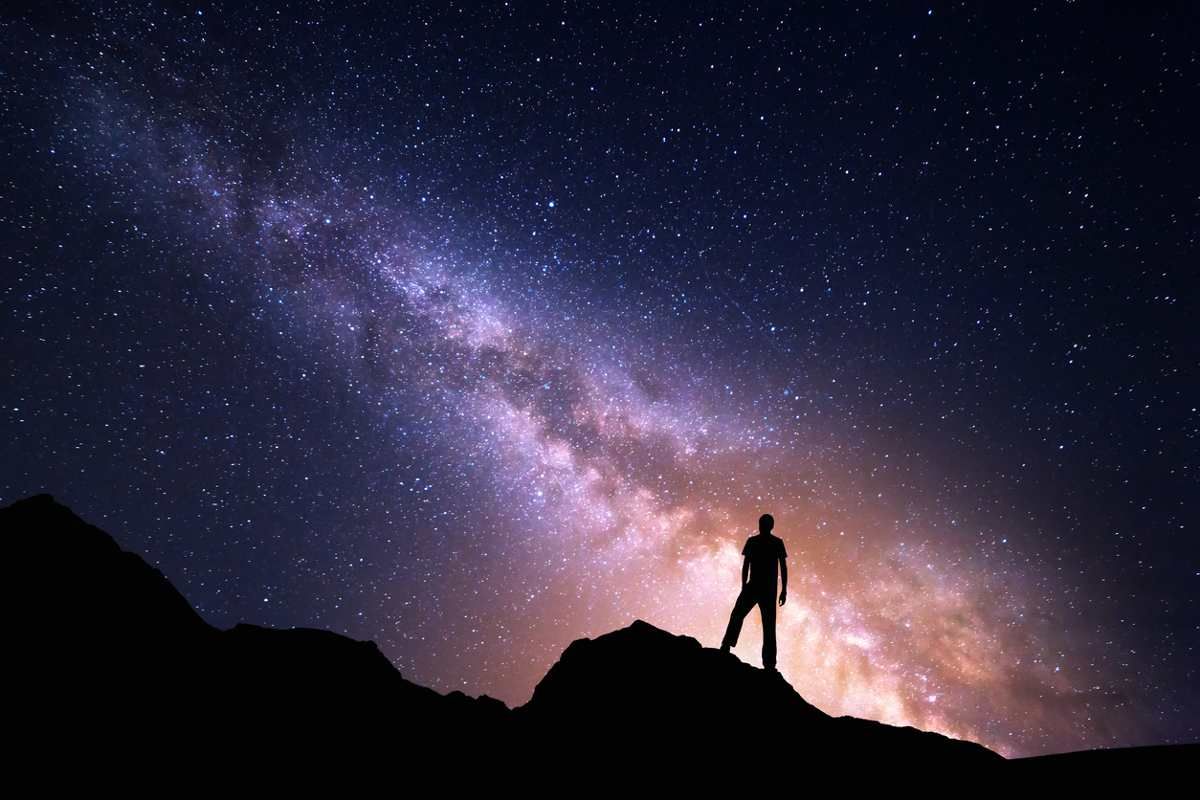 Science is the modern authority for telling us what’s real, using verifiable facts to prove its theories. Over the last century many facts have emerged about the nature of the universe, and since we know we live in an evolving universe since the big bang occurred 13.8 billion years ago, naturally scientific knowledge has evolved. But strangely enough, this hasn’t brought reality any closer. The mysteries of the universe were expected to be solved by looking closer and closer at phenomena “out there” beyond Earth, “at smallest scales" as we probe within the matter, and then reality pulled a number of baffling tricks that brought everything into question.

The pattern that overlays everything has been breakthrough = disruption. The whole field of biology isn’t disrupted by discovering through genetic analysis that pandas don’t simply look like bears but are bears. In physics and cosmology, however, major discoveries have overturned the applecart, beginning in 1915, when Einstein’s General Theory of Relativity made a rupture from anything previously done in physics, by giving a geometrical model of gravity. Space and time were unified, and suddenly the cosmos was a four-dimensional continuum in which two fixed, and earlier separate entities, space and time, were now seamlessly linked, behaving not alone but relative to each other.

Einstein’s theory was massively important for physics, but it altered the relationship between the cosmos and human beings. First, our senses were now rendered either unreliable or pointless in grasping the complete reality, because relativistic effects were abstract and mathematical. In other words, these effects were simply not grasped by our usual sense perceptions. (Einstein used simple examples taken from ordinary life, such as standing in an elevator as it descended or watching a train approach the station, but these analogies only hinted at what General Relativity explained.) Second, relativity was a wedge that opened up the possibility that the human brain, which operates in linear time and three-dimensional space, might be inadequate to grasp alien dimensions and “spooky” behavior outside our experience.

Gravity is the force that governs large-scale objects like stars and galaxies, and armed with Einstein’s theory, observers scrambled to explain such things as the gravitational fields around stars but also how gravity operates in the universe as a whole, a problem that continues to be worked on (the theory of an expanding universe made gravity much more complex than if we lived in a steady-state static universe). At the same time, a rift developed between quantum mechanics (QM), which was enormously successful at explaining forces operating at the smallest scale in nature, and General Relativity (GR), which is just as successful at explaining space-time phenomena at the largest scale. Unfortunately, QM and GR weren’t compatible, and over the next century making them compatible has challenged the best minds in physics, as it continues to.

This disagreement between divided reality into a visible dimension—the universe we see “out there”—and a hidden dimension that behaves in mysterious ways divorced from everyday affairs. Again, a wedge was beginning to open the possibility that the hidden dimension was reality itself. This possibility has only widened with the theories about ‘dark” matter and energy, which in some views occupy that vast majority of creation, the multiverse, which would make the known universe only one of trillions of universes, and black holes, which suck space, time, matter, and energy into a domain where only the most exotic mathematics can venture.

Starting in the 1920s, physics began to move away from gravity toward QM, in part because General Relativity was geometric and Einstein’s formulas were unapproachable to many physicists. But for the larger picture of reality, the hope of rescuing reality from its great schism between QM and General Relativity, which Einstein futilely pursued, almost on his own, was set aside. Quantum physics continued to make one discovery after another, which left the profession of physics largely willing to ignore the schism in order to play in the quantum domain.

But as various strides were being made—the precursors to powerful telescopes like the Hubble, the splitting of the atom to inaugurate the nuclear age and the advent of particle accelerators, and the consolidation of the big bang theory—these momentous events had to circle back to Einstein and gravity. As early as 1939 a model that applied General Relativity to an evolving universe, one where stars are born and die, predicted the existence of black holes. Gravity emerged as the supreme force that would determine the end game of stars and perhaps the universe.

Einstein wasn’t happy with this extrapolation or application of his theory, and in 1939 itself he published a paper in which he declared that the total collapse of a star wouldn’t occur in nature, because opposing forces within the star would restore balance and prevent it—one of his major wrong predictions. (In our last post we treated the fascinating problem of how stars collapse to form black holes and singularities.) But looking at reality as a whole, even as cosmology became ultra-sophisticated in its theories of an inflationary universe, all the hypothetical problems of explaining where humans stand in the cosmos began to pileup. These problems include

Any one of these problems undermines the very notion that “reality” consists of phenomena “out there” that only need to be explained in order to tell the whole story. The possibility that we live in a “participatory universe,” first proposed by John Archibald Wheeler, weaves human beings into the fabric of the cosmos, has begun to loom large, and then the most intriguing question that comes up with it is the possibility of whether with it the possibility that the universe is itself a single conscious entity. The pattern of breakthroughs being disruptions continues to prevail. In our next post we will weave the latest advances in the evolution of knowledge to test if the link between human mind and cosmic mind is valid, because if it is, many of the unsolved problems mentioned above may be solvable by taking an entirely new path.

Deepak Chopra MD, FACP, founder of The Chopra Foundation and co-founder of The Chopra Center for Wellbeing, is a world-renowned pioneer in integrative medicine and personal transformation, and is Board Certified in Internal Medicine, Endocrinology and Metabolism. He is a Fellow of the American College of Physicians, Clinical Professor UCSD Medical School, researcher, Neurology and Psychiatry at Massachusetts General Hospital (MGH), and a member of the American Association of Clinical Endocrinologists. The World Post and The Huffington Post global internet survey ranked Chopra #17 influential thinker in the world and #1 in Medicine. Chopra is the author of more than 85 books translated into over 43 languages, including numerous New York Times bestsellers. His latest books are You Are the Universe co-authored with Menas Kafatos, PhD, and Quantum Healing (Revised and Updated): Exploring the Frontiers of Mind/Body Medicine. discoveringyourcosmicself.com

Pankaj Joshi is a theoretical physicist and Senior Professor at the Tata Institute of Fundamental Research (TIFR), Mumbai India. Professor Pankaj Joshi has published many (more than 170) research papers, and monographs on cosmology and gravitation. He has made fundamental contributions on gravitational collapse, black holes and naked singularities. The new analysis on collapsing stars from Joshi and his collaborators, as reported and reviewed in his Oxford (1993) and Cambridge (2007) monographs, showed that both black holes and visible naked singularities form when massive stars collapse at the end of their life-cycles. Recent results from Cambridge, Princeton, Perimeter and others, now corroborate these results.

His research was published as an International cover in “Scientific American.” He served as an adjunct Faculty with the New York University, and was awarded the A C Banerji Gold Medal and Lecture Award by the National Academy of Sciences, India, along with many other awards. He holds visiting faculty positions in many reputed universities and has won fellowships in various scientific academies. His research papers and monographs are widely cited internationally. His recent book, The Story of Collapsing Stars (Oxford University Press), explores the death of massive stars and the subsequent formation of black holes or naked singularities through gravitational collapse of stars.