The Last Paradox: Does the Universe Have a Mind? 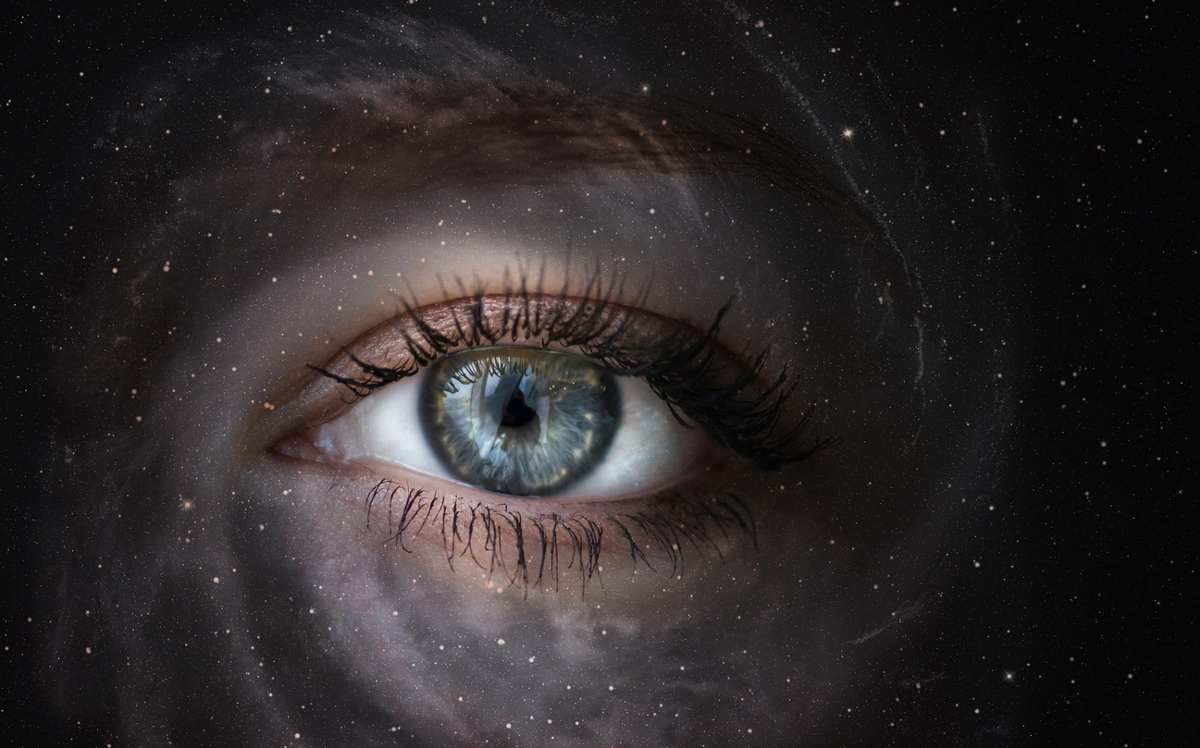 Until very recently it was nearly laughable among physicists to speak of a conscious universe, and yet the notion now seems to be not only respectable but necessary. The realization is dawning that a true Theory of Everything must include consciousness. Almost every scientist traces any phenomenon, including the mind, back to physical causes. This way of thinking, when applied to the issue of where consciousness comes from, implies either a very big answer or a very small one.

The small answer looks at the most microscopic level of nature, the quantum field, and tries to define how subatomic particles could possibly contain the potential for consciousness. This seems like a dead end, however, if you consider how unlikely it is that particles (or atoms and molecules) somehow learned to think. The molecules inside the human brain are as ordinary as the water, salt, and minerals in the ocean or the carbon in a lettuce leaf. The big answer gets around this dead end by looking at the whole universe as the source of consciousness. The embarrassing failure of the bottoms-up fragmented approach has left no option but to consider the top-down holistic approach to the fundamental reality of consciousness.

The existence of the cosmos is often described as "something out of nothing," because the ground state of creation is a kind of zero point, a vacuum state devoid of space, time, matter, and energy. (Technically, “nothing” is a misnomer, because the quantum vacuum contains the potential for every bit of matter and energy in the cosmos, existing in virtual form.) The fact that space, time, matter, and energy sprang from nothing makes it easier to credit that consciousness did the same. The first second of time, after all, is just as inexplicable as the first thought.

The overall problem of consciousness has been historically divided into two parts. The so-called easy problem is to experimentally correlate the measured mental states in terms of electromagnetic signals to various well-defined brain and bodily activities. Thanks to modern brain imaging, this part has been essentially solved. The so-called hard problem concerns how firing patterns of neurons in the brain create subjective experiences such as anger, love, fear, hate etc. No satisfactory solution has been agreed upon to the hard problem, and some would claim that such a solution is far from being discovered. However, the problem of consciousness is generally considered to be a problem only within the domain of neuroscience. That is because of the materialistic assumption that consciousness is an epiphenomenon, or byproduct, of the brain. The firing of neurons is assumed to create what are called the correlates of consciousness. However, this logic is as erroneous as claiming that a radio creates the music being played through it.

If we switch gears and make the whole universe conscious (or protoconscious as some theorists prefer), then it isn't necessary for the brain to create the mind or vice versa. Imagine that chemists were baffled over why water is wet. There are no physical properties of oxygen and hydrogen, the two gases that constitute the water molecule, that give rise to wetness. Instead, wetness is a quality that water possesses innately. In physics a quality is referred to in Latin as qualia. The subjective world is all about qualia, since they are the sights, sounds, smells, tastes, and textures of reality. If discovering how atoms and molecules learned to think is impossible, equally so is discovering how water became wet, sugar sweet, etc. Even the fact that light is bright and visible makes no sense physically, since photons, the fundamental particles of light, are inherently invisible.

If consciousness is a non-local universal state rather than a local neurobiological phenomenon, qualia come along in the same package as scientific facts, the way wetness comes along with H2O. You need one to have the other. In our last post we introduced Dr. Singh's hypothesis that relativity should be considered universal, eternal, all-inclusive, and without cause. His Universal Relativity Model (URM) solves all kinds of questions--such as what came before the big bang, the origin of time, and the relationship of mind and matter--by making the questions themselves invalid. The so-called hard problem asks a wrong (upside-down) question as to how consciousness arises from the brain. The right question is how brain functions are governed by the eternal laws that represent the very fundamental awareness of the universe.

In a universe that spontaneously generates self-organizing, self-evolving "slices" of space, time, matter, and energy, there is no need to compartmentalize anything. Instead there is spontaneous eternal flow and transformation. This approach sounds exotic because, for one thing, we assume that there must be a cause for every effect and vice versa. Yet if you stand back, what is the actual cause of a new thought? What causes love to feel different from hatred? Why does pain hurt? We constantly inhabit an everyday world where there is spontaneous flow and sudden creation, where all kinds of things come seemingly out of nothing, and where cause-and-effect are just partial models for sequences of related events. In a spontaneous, continuous, and flowing universe, a match will still start a fire--local events remain the same--but the hotness of fire and the chemistry of combustion aren't separate. They are different modes of knowing, and all knowing comes back to consciousness.

Currently some physicists are toying with various models of a conscious universe, but the materialistic bias holds strong, and very few, if any, have concluded that the universe must be conscious to exist in the first place. That's an important correlate of URM. Einstein definitively proved with E=mc2 that matter and energy are recombinations of each other, states of transformation in one continuum, and once this door was opened, he saw (but could never prove mathematically) that all the inherent ingredients of creation belong on the same continuum. However, Einstein was unwilling to place mind or consciousness in his relativistic scheme. One has to back away from materialism to understand that no valid model of reality "out there" can assign a cause to reality "In here." Although Einstein wanted to know “the mind of God”, his denial of free will kept him from reaching the “hidden factor” of consciousness now incorporated into URM.

Another implication of URM is that being conscious, the universe must be alive. Life is defined as spontaneous creation without an external cause. A dead universe would have no spontaneous motion or laws of motion. The very fact that the human mind can perceive and experience the reality of universal laws points to the non-locality of the human mind--i.e., we are outcroppings of cosmic mind perceiving itself. The neuro-biological mind has no such inherent connection to the laws of nature and their eternal, non-local existence. This implication is a bit obscure, but it simply states that awareness isn't an isolated property like wetness. Awareness is aware of itself, and for that reason it can fathom its own operations, including the laws of nature.

What we've been saying here builds upon distinguished precedents. The well-known physicist Freeman Dyson pointed to the evidence of three levels of mind in Nature: the human mind, the mind residing at the micro level of subatomic activity, and the mind of the universe. The manifestations of the way the subatomic or quantum world acts lead one to think that mind is a reasonable way to describe what's going on. As Dyson states, “So the atom seems to have a freedom to choose, that's something which characterizes quantum processes, that they seem to just occur spontaneously. We call that spontaneous decay. So it is spontaneous; that to my mind implies that the thing makes a choice ... this freedom that the individual atom has to have…. seems to be an indication of some rudimentary form of mind.”

Thoughts in a contemplative or meditative human mind can decay or be born through the spontaneous intention or free will of the person. Since seemingly empty space in the universe is shown by quantum mechanics to be filled with particles that are born and decay spontaneously, the argument of similarity between the human mind and the micro-mind can be extended to the macro- or universal mind. Of course finding similarities, even very strong ones, isn't the same as rigorous scientific proof. URM addresses consciousness-related issues to intractable problems in contemporary physics to show that the neurobiological or brain-mind processes and qualia (emotions, thoughts, intentions etc.) are a subset of the relativistic states of consciousness in the universe.

Here we've avoided the technicalities of a scholarly article, but for the non-scientist what's important are the big concepts that lead to a major paradigm shift. In that regard URM takes us one step closer, not just to solving the hard problem, but of learning the right way to think about it and to frame the questions that matter most. Just asking the right question often dissolves, if not resolves, the question itself.