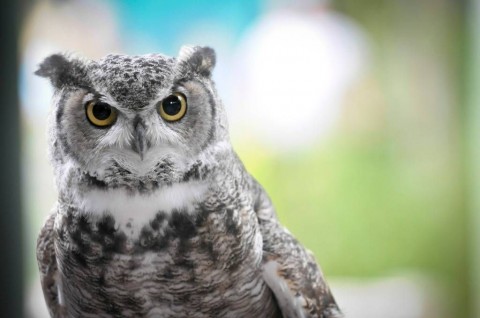 For centuries a quality has existed that is referred to as wisdom. A phrase like “wiser heads prevailed” implies that wisdom can save us from stupid or foolish actions. Elders were once considered wise, and so were philosophers. But once you bring up these references, wisdom feels antiquated and irrelevant. Who are the wiser heads in our day? Aside from a revered figure like the Dalai Lama, it’s hard to name one, and he is really a spiritual figurehead more than the classic wise man.

Whatever wisdom might be, the average person doesn’t think about it very much, if at all, and when you consider the problems that feel the most disturbing—climate change, terrorism, racism, poverty, and international tensions, for example—nobody is clamoring to call on wisdom to solve them.

But maybe only wisdom can. Let me explain what I mean.

Every problem, not just the big global ones but problems in everyday life, get solved by using a mental model. This model explains what has gone wrong, which is the first step in making things right again. Consider a common problem like feeling depressed. In our time we apply a medical model and send the depressed person to get help from a doctor, who will prescribe an antidepressant, or to a psychologist, who will apply some kind of therapy.

In the past, other models would have offered a very different explanation of why someone is depressed. Instead of calling depression a mental disorder or a psychological malady, which leads to trying to understand the person’s brain, depression would have been considered a lack of personal discipline or a moral failing. A depressed person in another model would be considered possessed by evil spirits or punished by God for some hidden sin. It’s strange to think that depression might be treated using everything from bleeding to exorcism, but such is the power of mental models.

Models fool people into believing that they are true. In modern society, the general belief that depression is an illness like catching a cold or contracting cancer feels so certain that few would disagree. But in fact, the disease model is not always workable in depression. The action of popular antidepressants on the brain isn’t certain and may be totally misunderstood. You cannot reliably predict who will get depressed, and quite often depression comes and goes on its own for no reason anyone can explain.

If your model doesn’t predict things correctly, leads to haphazard solutions, and depends on unproven assumptions (in this case, the assumption that depression is a brain problem), it’s not a model that matches reality. In modern life, we rely on a model of reality that has three components or levels.

The first level is data, which we collect and assemble into facts. Facts are supposed to match reality, but thanks to the human gift of rationality we now have so-called “alternative” facts, that are really just stubborn opinions that refuse to be rational.

The second level is information. Information consists of the conclusion that the data reveals. If your blood test comes back with an abnormal blood sugar reading (fact), your doctor might inform you that you are diabetic (conclusion). But in many cases of other disorders doctors and other experts  frequently disagree. The same information can often lead to opposite conclusions.

The third level is knowledge, which consists of understanding. You are a knowledgeable doctor if you went to medical school and acquired the knowledge of diseases and how to treat them. Knowledge is the summit of the scientific or rational model. Data gives us the facts; facts assemble into correct information; information, when absorbed as knowledge, allows any problem to be solved, any question to be answered.