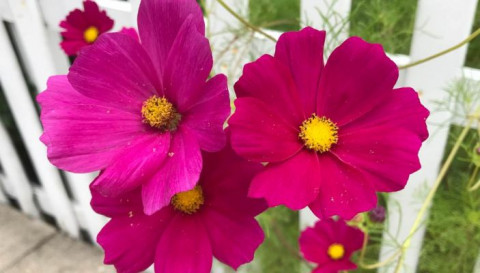 A good friend of mine recently told me that she loves my writing but doesn’t necessarily relate to the God references. She said she believes in something but doesn’t really have a label for it. She’s not alone. So many of us (myself included) have felt exactly the same at one time or another in our lives. And truthfully we don’t need a label–often language misses the point entirely. Some people and traditions prefer to leave the idea of a creator-being unnamed. Many Native Americans use the words “the Great Mystery.” Makes complete sense to me. I wasn’t raised in a religion, and I used to be put off by the groups who would go around house to house proselytizing about God. That word remained a negative trigger for me right up into adulthood, when I began my own spiritual exploration.

My first attempt at explaining how I thought of spirit at the time was the word “meaning.” I believed there was meaning in the universe because I could feel it in my heart. That’s as far as it went for a while. Eventually, I came to see that the word or description didn’t matter as much as the experience itself. I lost most of my objections to words and labels like God or Divinity. Still, I try to be low key about using them when I write because I know many people are uncomfortable about naming something that is in essence nameless. And it’s unnecessary. The deeper I dive into my soul, the more words fall away entirely. I experience a beingness or oneness that defies description.