How to Start an At-Home Yoga Practice 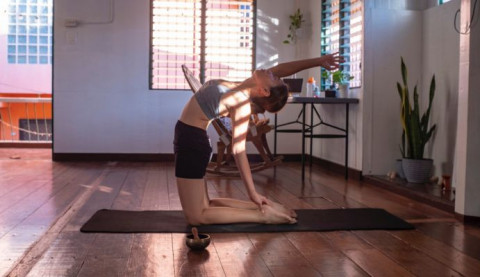 The Basics of Practicing Yoga at Home

What a bright day it is for several postures!

Many people perceived fitness to be all physical as that was the only way it was understood to be. On the contrary, being fit involves lifting weights or doing cardio, but your diet plays a massive role in the overall results. The introduction of meditation and mindfulness through yoga has made it possible for many people to practice fitness with a different approach. So before we get the details on how you can begin home yoga practice, let’s get the basics.

Yoga is a combination of spiritual, physical, and mental disciplines and practices that trace their origin to ancient India. It’s among the six orthodox philosophical schools of Hinduism. Yoga is broad, and the patterns are shared within Hinduism, Jainism, and Buddhism. However, the schools, goals, and practices differ in all three beliefs. In these modern times, and precisely in the Western world, people practice modern hatha yoga and yoga exercises done in the form of asanas or postures.

The practice of yoga is packed with a lot of benefits. This is probably why many people out there prefer it to the regular gym sessions of lifting weights. Some of the general benefits of yoga that you should know about include;