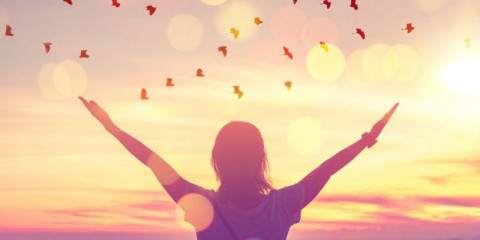 Have you ever noticed that when you’re under the cloud of some negative state, what you do to try to “make things better” actually makes the situation worse? Struggling to free yourself from your own negative reactions is a bit like throwing gasoline onto a fire, isn’t it?

Recognizing that you get trapped in this pattern of taking action that neither relieves nor rescues you from negative states  actually opens up the possibility of another kind of action based on higher self-knowledge.

Following are three new actions – the fundamental “ABC’s” – that can start you on the path to breaking free from negative thoughts and feelings:

In the moment when suddenly you are carried away in a river of negative thoughts and feelings, does it not seem as if the first thing to do is to, at all costs, avoid? Not just the states themselves, but to try to correct or reconcile the situation that these suffering thoughts and feeling are based in?