The Most Revolutionary Idea Is Here - and It’s Catching On 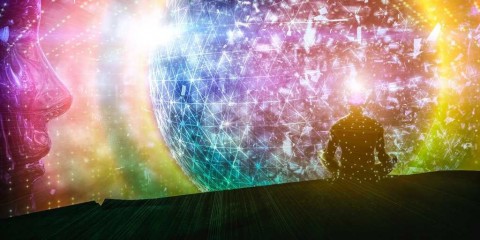 The Most Revolutionary Idea Is Here - and It’s Catching On

In a news-driven society more attention is paid to events that will soon fade away than to ideas that could alter civilization. Modern secular society needs the impetus of great ideas to add meaning and purpose to our lives, as religion once did when it was the dominant force around the world. In turbulent times the prospect of a single idea that can transform humanity seems remote.

But just such an idea has arrived. It travels under various tags, the most common being “the one mind.” It’s the notion that there is only one mind in the universe despite the appearance here on Earth of seven billion minds. On the surface the radical possibilities stemming from “the one mind” aren’t obvious. In fact, the last thing anyone would want to give up is the claim to be a unique individual. That’s not what the one mind is about—it’s about expanding into higher consciousness as a practical reality. If humanity shares one mind, and this mind has a cosmic dimension, the very idea begins to cause one’s consciousness to expand.