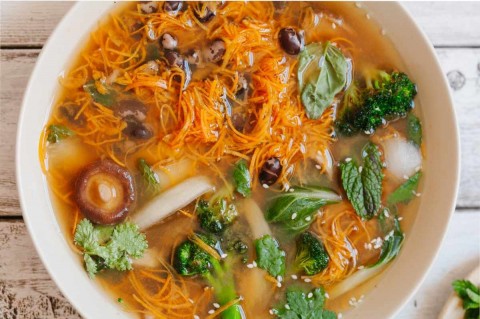 Vegetarian Spring Pho with Sweet Potato Noodles and Heirloom Beans
As though writing a cookbook and trying to stay on top of a second grader’s homework and extracurriculars is not enough, we’re planning a long overdue and major kitchen renovation this summer. When I say long overdue, I am not exaggerating one bit, as we haven’t put a hammer or paintbrush to the kitchen in the thirteen years of living in this house. Something has always topped it on the priority list, which, I know, sounds crazy considering what I do.

Our kitchen is nicely sized and sunny, but has many questionable and outdated details from the 90s along with badly aging countertops, the layout needs improvement, and there is a low hanging ceiling in an otherwise high ceilinged house. There’s lots of unearthed potential, and we are finally coming around to letting it free. To me, this is extremely exciting – the kitchen is my office, the place where the family eats, and also happens to be the central hangout spot in the house.
Continue reading
Tags:
Vegan Recipes Sweet Potatoes Pho soup
Facebook   Twitter   LinkedIn   Pinterest   Reddit
1456 Hits 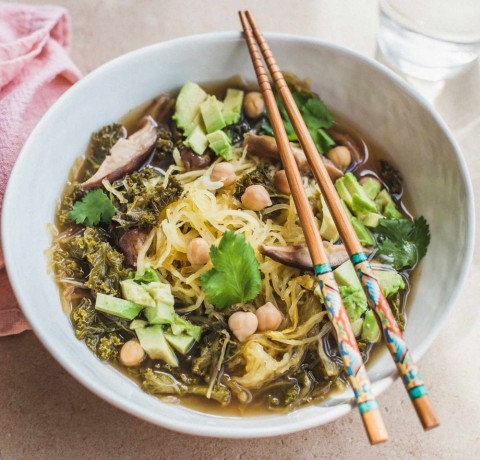 The New Year Glow Meal Plan is here! All kinds of carb-on-carb, dessert-every-day type of holiday indulgence happened for us over the past month, and at this point we are so ready to fill our plates with 99% plants. That’s what this meal plan is all about. We are employing the amazing, shape-shifting powers of spaghetti squash to create four distinctly different, plant-fueled dishes that will still keep us cozy in this frigid weather (no bone-chilling, cold salads or fully raw dishes here!). We’ve got special pesto ‘noodles’, pho, tacos, and lasagna. As usual, there is a step-by-step weekend prep guide, as well as a shopping list for your convenience :) Hope you enjoy this one! 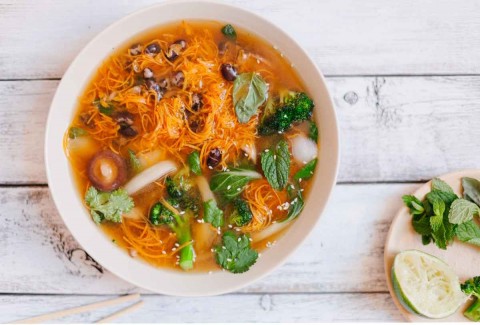 Hot soup has always been my ultimate comfort food, and I know I will be needing lots of it in the months to come. Vietnamese pho is king when it comes to soups that warm you from the core, and I’ve been experimenting with vegetarian pho recipes during the past couple of weeks.The main component of any pho, but especially vegetarian pho, is the broth. This pho broth is first and foremost based on toasted spices – star anise, cinnamon, coriander, cardamom, peppercorn, and clove – each bringing its individual character to the flavor profile. I’m not normally the biggest fan of cinnamon in savory dishes, but in this broth it balances with tamari, brown rice vinegar and chili to create a fragrant and deeply nourishing broth.