How do we find balance between embracing our humanity and letting go of our attachments? 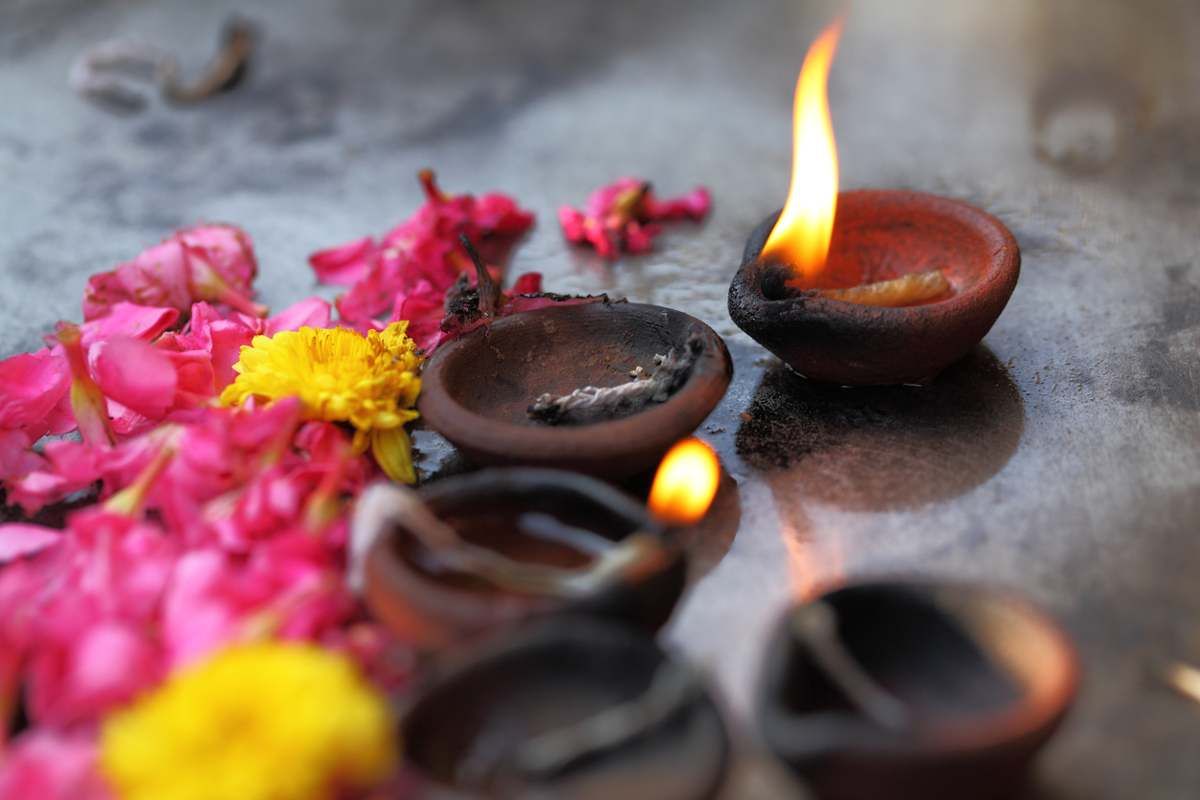 I remember being in India as a renunciate and thinking, “Well, the thing that has obsessed me for the last 25 or 30 years is sex.” I mean, since puberty until I was sitting there, I thought, “My god, think of the amount of time I have spent thinking about sex… Will I get enough? Who is it? Will you? Won’t you? Can I? Can’t I? …Do I really wanna spend the rest of my life doing that?”

And so there I was in a renunciate environment and I decided it was time to really let that one go.

So I was there doing a nine day ceremony, a Hindu ceremony and it was very formal. At the end you take a coconut and you throw it into the fire, keeping in mind that which you want to let go. I decided to throw my sexual desire into the fire. I threw it into the fire and I felt pretty proud of myself for doing this, and also a little frightened. Then the next day there was a fire ceremony burning Ravana, who was the bad guy in the Ramayana in the Hindu Bible of that particular lineage. Ravana is the bad guy and in this town square they build this huge replica of Ravana that’s about two stories high or something like that, and it’s made of straw. Then they put the fire to it and they lit the fire right in his crotch. I thought, “Well, this is sort of a second opportunity to give it away.”

It was Yom Kippur at the same time, so it felt like, “Alright, well I’m covering all my bases.” I went through the rest of my time in India floating along. Here I was, this soul floating.

When I left, I went back through England, and I remember the moment it happened. I was on a double decker bus in England, and I was going along feeling very Holy. I looked out the window and I was just watching people go by, when I felt my eyes lock on one person and continue to follow the person down the street. I saw what was happening and said, “Uh-oh,didn’t get rid of it just yet. It’s still there.”

Now, let that resonate with you, when I say, ’embrace our humanity’ and ‘love your stuff’ and your personality and all.

The predicament is that we are such a psychologically oriented culture, that you’ve got to go a little bit through that cycle to get to the point where you can come back into your humanity. If you try to stay in it and get free at the same moment, you tend to con yourself.

There is the need at some stage in your sadhana (spiritual work) for either removing yourself or for disciplining yourself in order to extricate your awareness from such thick identity with personality, because everything in this social world most of us live in reinforces our identity with our roles and our personality.