How do you find the right spiritual practice? 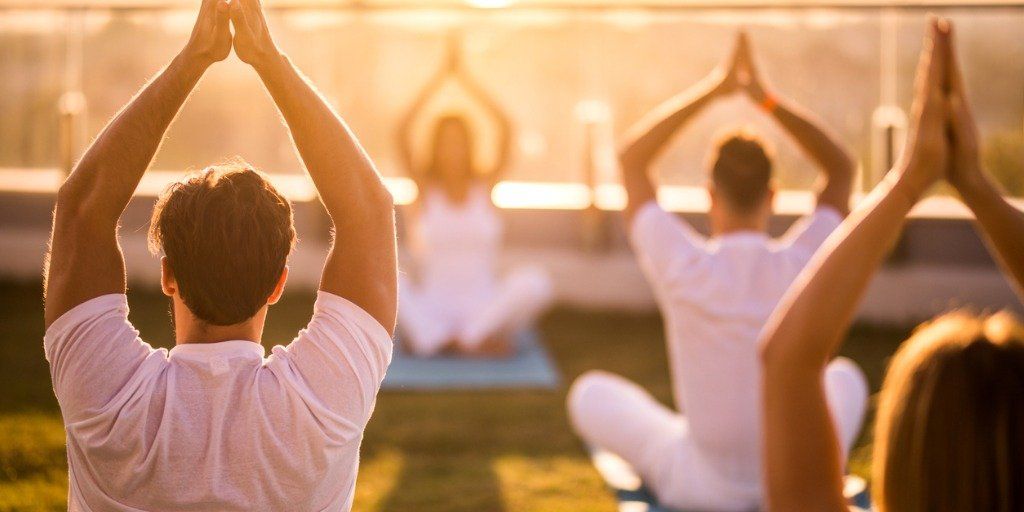 How do you find the right spiritual practice?

There’s a matter of timing in Sadhana that’s important to keep in mind. We often choose a Sadhana, a spiritual practice, a little before it’s time, or before it chooses us. Before the marriage works. And we find ourselves in this “ought” and “should” predicament where you start out with great love, and within a little while it’s, “Oh, my god, I’ve got to do my practice.” And it’s just another thing like washing the dishes.

Certainly there is value in doing a practice regularly every day, even when you don’t want to do it.

Especially in meditation practice, because in meditation practice the not wanting to do it is as much grist for the mill of meditation as wanting to do it. It’s all stuff you can work with, with your mind, that’s very beautiful. But the delicate balance that has to go on inside one’s self, recognizing that if you build up too much negative tone to your practice, too much resistance, you’re going to have a reaction to it that’s going to take you away from it for a while, before you can come back later on. 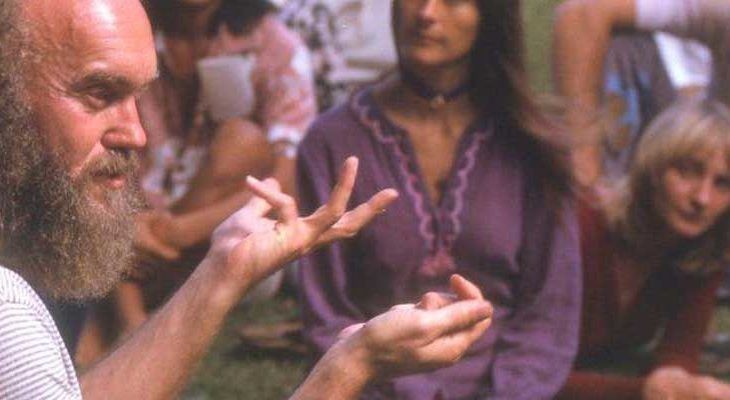 A lot of people were so gung-ho in their spiritual practices early on that you’d find them five years later at the local bars drinking beer and watching television, and talking about how they used to do spiritual practices and how they fell off the path. Now, it isn’t really falling off the path, it’s just another part of the path. But part of that violent reaction was because of the impurities with which they did it in the first place. So my usual guidance is to go slow, to not get too gung-ho. Don’t figure you’re going to get enlightened yesterday, relax. Just start to tune yourself.

Now, the other thing is when you say, “I’ve found my practice.” You can’t assume that the practice you’ve found is the practice that’s going to last you for the rest of your life.

So you’ve got to keep staying open. You hear all these delicate balances that are going on in you. One is the value of deepening a practice. Like Swami Satchidananda once was criticizing me for being such an eclectic dilettante and he said, “Well, you see, you can’t just go around digging shallow wells everywhere. You’ve got to dig a deep well so that you get fresh water.” Which is just a metaphor that, I mean… I could counter with another metaphor that would be equally as sweet for the other argument.
But when I watch people over time, what I see is that they start out quite eclectically, and then they get drawn in to one practice quite deeply. And then, when they come out the other end like Ramakrishna, then they can do all practices and they’re all the same practice. It’s like a funnel, it goes in and then it goes out again.

My answer is that you go gently. Gurdjieff said an interesting thing. He was a Russian philosopher, and he said that an alarm clock that will wake you up one moment, then you can sleep right through it later on. And he said that you need to keep finding new alarm clocks to awaken you, because you can have something that awakens you out of your sleepwalking of normal waking consciousness. It works one moment, like something you read, and a moment later you’re reading it and you’re busy planning your shopping list while you’re reading it. I mean, you’ve gone completely asleep in the process of doing it. So all of these are merely variables that you have to keep in mind as you’re proceeding with your practice.

In terms of the question of discipline, you’ve got to work very gently with pressing against it, making right effort without turning it into a neurotic achievement game, which we in the West are masters of.

We can take something that would be joyful, you know, like I’m going to drive to New Mexico. And within a little while it’s, “Oh my god! We didn’t make enough time today, we’ve got to go faster!” And you take the whole thing that’s beautiful and turn it into a hell realm. Now maybe none of you have done that, to me that’s a very familiar thing. And when you stop and reflect about it, you can take most things in life and turn them back the other way. You can turn them back into, “Wow, I’m driving in traffic.” Instead of, “Oh god, the traffic!” You can just keep flipping your consciousness. You learn how to play with it.

Now, when you have young children you can’t do that because they can’t understand that, so you may have to do that before they get up, which is quite early sometimes. So maybe it’s 4 o’clock, and then take a nap later in the day when they can interrupt your nap.

Because if you water down your practice too much, if your practice is a practice like meditation or study or chanting or mantra or something like that, if you allow too many distractions the world just closes in all the time. It’s always closing in. When I sit down to do my practices in the morning I unplug my telephone. And I mean, it’s all right, everybody doesn’t have to dial your mind every time they get a whim to do it. It’s all right if you’re not there. And if they need an emergency there are the police, the fire department. I’m not critical to anyone’s life that way. I find that otherwise you end up justifying, “I couldn’t do it because of this and because of that…” And it’s very hard, because the world presses in so much, to give that appropriate time.

So, a regular time. Not so much time that you end up feeling put upon by your practice. And it should be a time when you’re reasonably fresh and clear. That would be good. If you have two times for meditation, it’s even better. Have one time each day when you can slow down and allow yourself to process what’s been going on in your life from a spiritual perspective. Just kind of run it through, digest it spiritually, digest it into your consciousness, see how you got trapped during the past day, how you lost it.

Rather than you being in the world going out into the spirit, the game is to flip it so that you’re really in a spiritual consciousness playing in the world. That’s really what the process is. The transformation for the initial part is to move the perspective from where you’re sitting.

So, it’s a discipline, but not too violent. Don’t get ahead of yourself. And if you feel it’s too rigid, stop for a while and try other forms. Keep allowing the eclecticism to go until you feel pulled genuinely into a deeper process.