How Personal Reality Is Created 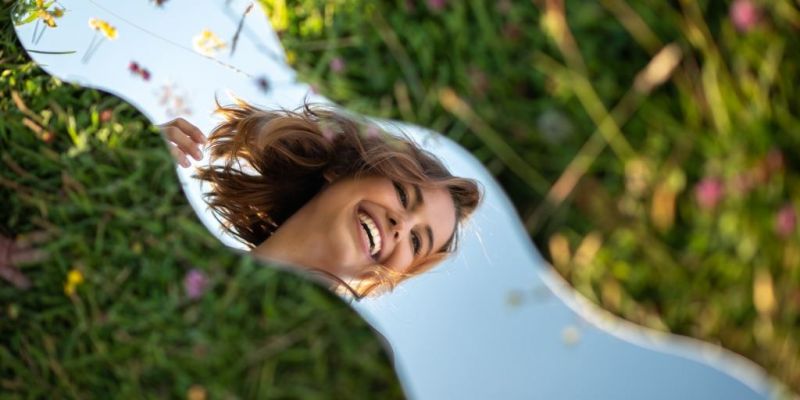 Although we don’t often think about it, each of us inhabits two realities. One is the physical world, the other is our personal reality. Once you state this apparently simple fact, mysteries immediately arise. If two cameras photograph a tree, star, the sky or a cloud, the photos will be exact duplicates (assuming that the two cameras are set identically), but if two people gaze at a tree, a trained botanist will see something very different from somebody lost n the woods. If you are distracted, you might not notice the tree at all, since looking is a voluntary act, not an automatic one.

The mystery of personal reality has only deepened recently. Science was comfortable sealing off the subjective world and focusing solely on physical data. If an interest was taken in subjectivity, everything came down to the brain, which could be set apart as the domain of neuroscientists while everyone else went about their usual business. In short, the subjective world was neatly ignored or enclosed in a fence.

Now such tactics won’t do. Everything holed together as long as the physical world made sense, because if outer reality was a given (being solid, reliable, predictable, and subject to the laws of nature), you had a basis for understanding the “real” reality, compared to which personal reality was totally whimsical and unreliable.  If you are mesmerized b clous and I don’t pay any attention to them, this makes o difference to atmospheric studies.

But now, in a totally unexpected turn-around, the physical world has lost its moorings. If you take any basic component of the world around us—space, time, matter, and energy—no one can reliably say what they are, where they come from, or even if they are absolutely real. On the other hand, there’s a very credible way to say where personal reality comes from, what it is made of, and if it is absolutely real.

Let’s focus on the second part, which begins with where personal reality comes from. Without a doubt it comes from consciousness. Everything points in this direction. If I look at my own child, I don’t see a mental photograph the way a camera would see a child. I interpret the experience using memory, emotional ties, personal attachment, and a whole constellation forms to create the experience. This is consciousness at work, and in an everyday way we filter every experience the same way. First there is perception, then interpretation, both invisibly merged and inseparable.

It was a basic assumption of science that the physical world somehow rules the subjective world. One day (which keeps being postponed), the whole setup of atoms, molecules, cells, tissues, and brain would “of course” explain consciousness. That certainty has been exploded, however, because the assumption that everything can be explained physically was false to begin with. You see the world because photons of light strike your retain, setting off impulses in the optic nerve. But photons have no brightness or color. Converting the sky into blue happens in your personal reality, as an experience.

The same applies to any experience you can name. You are the creator of every experience through your conscious awareness. A skeptic will object that the sky itself, like planet Earth and all physical objects, must pre-exist. Without the history of the cosmos, human beings wouldn’t be here to perceive and interpret anything. In other words, time, space, matter, and energy come first.

Only they don’t. If you have no idea how time, space, matter, and energy originated—and no one does—they cannot be said to “come first,” because coming first depends on time, and time is a total enigma. I know that this defies common sense. “Of course” time must come before you and I do. But drop this assumption and imagine a painter creating a picture of a New England landscape with meadows, woods, sky, and a farmhouse in the distance. Does it matter whether he paints the sky first or the farmhouse first?

Nothing in the picture has priority in time. Right now, if you were looking over the painter’s shoulder, your perception is like his painting. It doesn’t matter whether you see the sky or the farmhouse first. Now expand the analogy. If you examine data from the Big Bang or from a blade of grass, it doesn’t matter which one you examine first. In the domain of consciousness, the Big Bang and a blade of grass are merely different modes of experience, each with its own mode of knowing.

This is all you need in order to explain personal reality, and since consciousness rules all experience, it is all you need to explain “real” reality, whether it exists in here or out there in the physical world. The mind-bending part is that time, space, matter, and energy do not need to pre-exist. They are like the colors on the painter’s palette. It is only necessary that the colors exist; in what order doesn’t matter. Likewise, it is only necessary that time, space, matter, and energy exist. What they do after that is up to the creative process.

Existence isn’t personal, so it lies above and beyond personal reality. Just as there is a paint factory that manufactures the tubes of paint that go into making a picture, there is a source for the basic materials of creation. This source, in the case of the universe, might be called primal or pure consciousness. It isn’t composed of time, space, matter, and energy. Upon this even the stubbornest believer in physical reality must agree. Time didn’t create time; there had to be a region or source that has the capacity to create time. Time, in other words, cannot create itself, and neither can space, matter, and energy.

To absorb the enormousness of the turn-around I’ve described, start seeing yourself as a co-creator of everything that exists. The ultimate creator is pure consciousness. You come along at a different level of awareness, where time, space, matter, and energy are the materials of creation. But this fact in no way demotes your status. You are responsible for personal reality, and your universe couldn’t exist without you.

More posts from author
Monday, 15 August 2022 Cracking the Code of Time
Monday, 08 August 2022 How Joyfulness Can Lengthen Your Life
Monday, 25 July 2022 Solving The Mystery Of “I”