How Rationality Hides The Truth 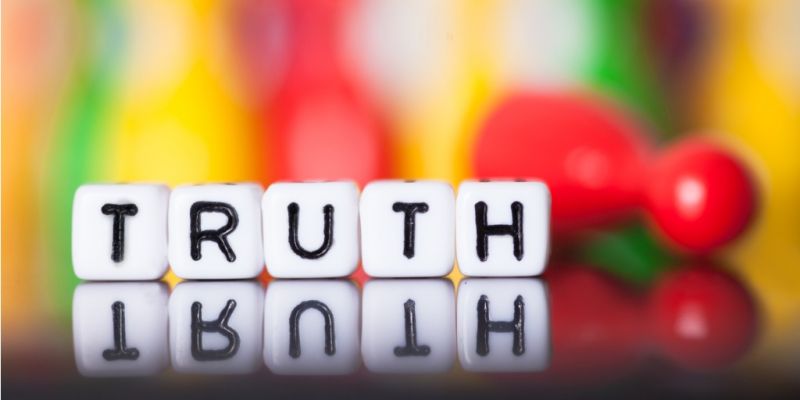 Rationality is the most ingenious invention ever devised by the human mind for extracting order out of chaos. As raw experience, the physical world is chaos soup. We are bombarded by billons of perceptual bits every minute—the retina at the back of your eye alone receives trillions of photons a minute. Chaos is totally disorderly and disorganized. It makes no sense; therefore, the world makes no sense unless something steps in to organize things so that everyday life doesn’t feel like a storm-tossed ship.

Reason did the trick. You can gaze out your window and see trees, sky, buildings, and other people, giving each a name. You can hone your reason, go to graduate school, and become an expert in botany so that you know everything about trees or architecture so that you can build a house or skyscraper. The modern world has been engineered by the rational mind. So what could go wrong?

A great deal, as we all know, although we try not to confront the failures of reason, like atomic weapons, industrial pollution, climate change, and more. Pandemics threaten humanity as never before, because the rapid spread of disease depends on jets and cruise ships, which are marvels of technology. One can also point to the outsider status given to so-called irrationality. Human nature is burdened with whims, dreams, impulses, fears, prejudices, and illogicality. If you are purely rational, these irrational aspects are deplorable.

It doesn’t occur to rationalists that pure reason and logic, along with mathematics and technology, hide the truth. Anything hides the truth if large sections of reality are sliced away and lost. As magnificent as an engineered world might be (minus atom bombs, climate change, and pandemics), there is nothing rational about great art, music, and literature. There is nothing rational about a baby or love or marriage.

If you stand back far enough, the limits of rationality are obvious. Here are a few of the most glaring:

These are insoluble flaws, but my intent isn’t to thump on the rational mind. We face a troubling future, and to resolve all our huge problems and dilemmas, something more than reason is needed. Reason shuts out empathy, compassion, insight, intuition, quantum leaps of imagination, collective bonding, and love.

These are attributes of consciousness, the only human trait that can save us. In an ideal world, we would see ourselves not as lumps of matter walking around at the behest of another lump of matter, the grain, which acts like a computer. Reason, although a huge advantage in the game of survival, is the servant of consciousness, a sub-branch that has exceeded its limits.

By taking chaos and squeezing it down into neat compartments and categories, reason organized our perceptions. Without it, we would look on the world with the fascinated bewilderment of an infant. But the world “out there” is just a perceptual framework that is mind-made. We inhabit a system of magical lies that casts a spell over us. This is hard for people to grasp, even though the evidence is everywhere.

Sit still for a moment and pay attention to what you see, hear, and touch. Where are these experiences located? If you rub your finger together, the sensation is at the end of your arm, right? No, physiologists tell us, the sensation is in your brain. But the brain has no sense of touch. If you cut your finger you feel pain, yet your brain doesn’t. Brain surgery can be performed with the patient awake because the brain has no pain. It has no light, yet you see light. It is silent, yet you hear sounds.

A neuroscientist would object that “of course” the brain creates the three-dimensional world with all its sights and sounds, because there is nowhere else the five senses could exist. Really? Look at your body, feel its weight, sense its outlines, its warmth and smells and all kinds of sensations. These chaotic bits of raw experience would be chaotic if they weren’t organized into this entity you call your body. But your brain has no body image inside it, no littler person that correlates with the big person you see in the mirror.

The brain also has no self, or any place where your self can be found, because a self isn’t physical; therefore, it cannot be located in a physical process inside a physical object (the brain). Your body is a magical lie, one of the lies you cherish and cling to. But the instant you buy into this illusion, you are tied to the concept of life and death, age and decay, disease and the risk of disease.

It turns out that rationality is very convincing until you realize that what would be even more desirable and totally convincing is a new model that didn’t have so many flaws, a model that needs no magical lies, that doesn’t cut out art, music, compassion, insight, and all the rest that goes into a whole human being.

This improved model is consciousness. Reason is the handmaiden of consciousness. It was assigned to draw order out of chaos, yet this is a surprisingly limited role. 99% of human existence has only a portion of reason and logic in it; the other 1% is occupied by pure reason, like mathematics. How did this limited function get put in charge of the whole world? Once you answer that question, you can begin the journey to wholeness, which only happens in consciousness. On that journey you become fully human, which after all is the sole reason we are here. It is also the truth that will set us free, the truth of wholeness.