How To Get The Other Side To Yes 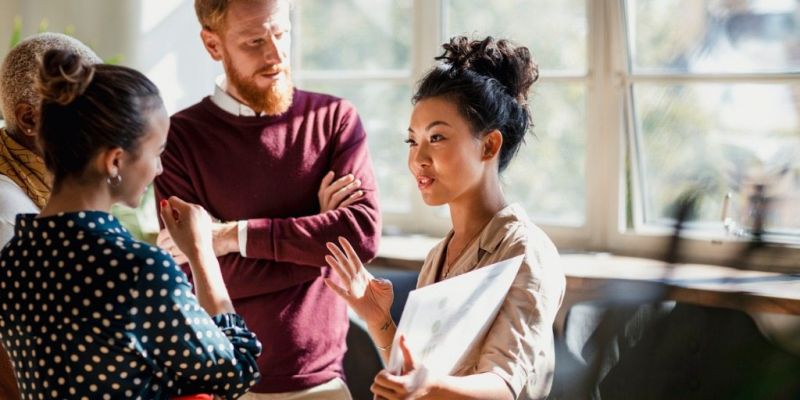 Watching mainstream coverage of the Biden inauguration, you couldn’t miss the much-repeated call for uniting a divided nation. The commentary was quite approving; no one seemed to disagree with the theme or the need. But if you turned to right-wing media, the notion of uniting the country was derided as a ploy and scorned as bad faith. This indicates that gulf that lies between vision and outcome.

It is much better to have a vision than not, because a vision makes your intentions clear and keeps the goal in sight. A vision that is destined to fail, however, has no real use. Bringing the country together isn’t different from bringing a wounded relationship together. The needed skills are psychological. The right-wing has taken advantage of this fact for decades, as many commentators have noted, by tapping into grievances. But stoking people’s complaints, grudges, fears, and fantasies of revenge is a negative vision. As recent events have shown, the people you manipulate this way eventually leads to bad faith and eruptions of a violent, chaotic kind.

So how do you get someone to yes when that person is dead set against you? The necessary tactics depend on understanding two things: 1. The basic principles of negotiation and 2. Putting yourself in the other side’s shoes.  Both are always workable, no matter whether we are talking about a broken relationship or a broken political culture.

These principles are well known in diplomatic circles but they are flouted in everyday life all the time. The main reason is that people don’t try to learn how successful negotiating works. Instead, they fall back on tactics that hardly ever work, or when they seem to, leave residues of resentment from the other side. The tactics that don’t work are easily recognized in our current state of deep division.

How to stay at no

It is worth the time to sit down and reflect on both lists. Getting what you want is a natural impulse, but using the wrong means leads to frustration and futility.

The second thing needed in order to change no to yes is to put yourself in the other side’s shoes. One might call this the path of empathy. Nobody really disagrees with the Golden Rule in their heart of hearts, but treating others the way you want to be treated remains hypothetical without an understanding of psychological wants and needs.  The most basic wants and needs are common to everyone.

You can’t put yourself in someone else’s shoes by pretending that you agree with their beliefs, prejudices, and social conditioning when those things are foreign to you. Much less does it work to adopt false empathy with positions you abhor. Divisions don’t go away as a condition for getting to yes. Instead, they stop being obstacles.

You put yourself in someone else’s shoes by shifting to the needs and wants listed above. They constitute the unspoken agenda in everyone’s life. Once you see that you and the other side share the same needs and wants, you can start to talk about them. Speak about the unspoken, and you will get much further than keeping silent.

I’ve devoted a small space to issues that fill many books, but I think it is necessary to understand that there is a way to clear up the fog of war. War isn’t always conducted with armed weapons. Armed words do the job quite well. If there is to be an end to deep divisiveness, one side must be the first to step up and use the tactics that actually work. The situation can’t be made any simpler than this.