How Wholeness Works” The Vanishing “I”. 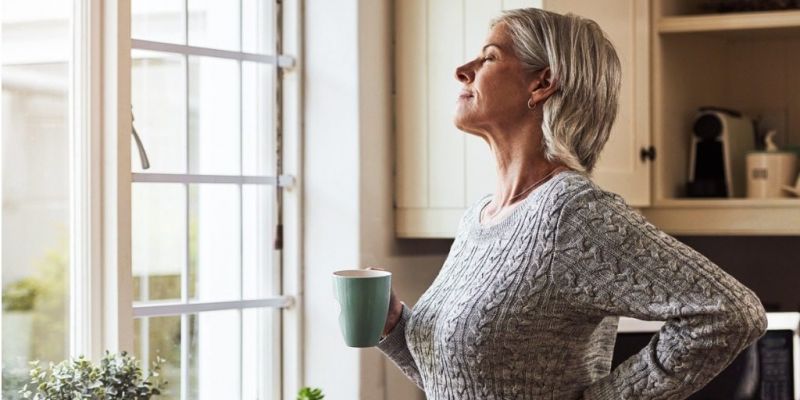 Wholeness is who we are

Holistic health, diet, and medicine have made the term “holistic” more familiar today. The era when anything “holistic” was considered fringe is long past. But the central concept of wholeness remains misunderstood. You cannot aim to be whole, learn to be whole, or make yourself whole. You are already whole as far as your body is concerned. There is constant unified coordination between trillions of cells that organize thousands of organic processes into a working whole.

Understanding organic wholeness in complete detail is beyond anyone’s current intellectual grasp, and is likely to remain that way. The only working model of a neuron, it has been said, would be a neuron. The brain resists any simple reduction, in other words. But the wholeness of mind and spirit is even more baffling, as I address in a new book, Total Meditation. I based the title on practical consideration, to distinguish how meditation can be holistic rather than occasional.

Countless people start meditating only to quickly drop it or else to return to it when their day is particularly stressful. I think this high dropout rate can be turned around simply by offering simpler techniques that encourage the mind to do what it naturally wants to do, which is to stay in balance all the time, regardless of daily pressure, stress, worries, and overwhelm. These challenging times make the need even more urgent.

But there’s a deeper message about meditation that has barely been received despite the popularity of Yoga and meditation in general. This deeper message has to do with wholeness and how it works. In the ancient Indian tradition, two diametrically different approaches reached the same aim, which is to exist in wholeness as your normal, constant state. The first technique (known in Sanskrit as Neti, Neti) works by the process of elimination. The word Neti translates as “not this,” referring to the false identity we carry around with us.

The ego, the everyday “I” that we automatically refer to, is built up as an accumulation of experience and memory. “I” can be defined as a collection of tags, such as age, gender, race, religion, income, marital status, etc. The tags are endless, and we unthinkingly collect more of them as life unfolds, so that “I” feels unique, accomplished, complete, and whole. But if looked at closely, you are not these tags. Winnow them down one by one—”I am not this, not that, not this, not that”—and that objectified “I’ begins to shrink.

The ego’s wholeness is a thin disguise for what really exists, a sense of self that has no contents, memories, inclinations, beliefs, prejudices, hopes, wishes, and fears. These are add-ons to something much simpler: a sense of self. Without applying any of the elaborate trappings that “I” requires in order to keep the focus on itself, your sense of self has been silently present throughout your life. Eliminate what is illusory, and what you are left with it real. In this case, Neti, Neti has led to wholeness as an all-embracing consciousness that needs no temporary identities of the kind we all accumulate from infancy onward.

The opposite procedure expands your awareness until it is unbounded. The most common Sanskrit formula for this is “Tat Tvam Asi,” which translates as “You are That,” where “that” is the infinite field of awareness. Instead of winnowing out illusions, this is a process of going beyond boundaries. In meditation the mind ceases to be active and finds itself drawing closer to its source, which is the simple state described in the pop phrase “Be here now.” Aside from anything your mind is doing. You exist here and now.

The implications of this apparently empty statement are immense. Being here now sounds passive, even inert (like a Pet Rock) but it is far from that. In reality very few people exist in the present moment. They are preoccupied with the same ego demands that Neti, Neti seeks to discard. The active mind is too absorbed in thoughts, feelings, memories, desires, fears, and habits to really know itself. In a way that most of us don’t recognize, we haven’t really met ourselves, because if we did, the essence of “be here now” would dawn on us.

This essence is the infinite pure consciousness form which reality rises. Compared to infinity, the ego is barely a speck of dust, so Tat Tvam Asi, despite being the complete opposite of Neti, Neti, leads to the same end. The incredible shrinking ‘I” is eclipsed so that wholeness can predominate. The terminology is secondary here. What I argue in Total Meditation is that wholeness should be understood as the true basis of human life. I don’t claim that this is so through any arcane metaphysics.

Instead, there is only a single proposition that needs to be brought to light, experienced, and tested. The proposition is this: Existence is consciousness. The two are the same. The physical world didn’t evolve through some chemical or electromagnetic chicanery to allow consciousness to emerge. Consciousness isn’t an add-on, because nothing is more basic. What is literally true is that reality is consciousness modifying itself into space, time, matter, and energy. This is the setup for the human gift of self-awareness. Every living thing participates in wholeness, because by definition wholeness excludes nothing.

The only other thing that excludes nothing is existence. Exclusion takes place in the human mind, which adopts beliefs, habits, and conditioning on behalf of the ego’s agenda. The ego’s agenda, which we all know quite well, is to get more for “I, me, mine” through the increase of pleasure and the decrease of pain. Most people are so unsuccessful at this that the ego has to keep promising that fulfillment is just around the next corner. In fact, the ego setup is deficient and false to begin with.

The only valid setup is consciousness as the all-pervading source, from which the qualities of life we most value spring, including love, compassion, creativity, intelligence, beauty, truth, and personal growth. As “I” begins to grow less significant, its agenda shrinks, and eventually the provisional identity we call “I,” the separate isolated self, vanishes altogether. When that happens, the worst trappings of “I”—self-doubt, insecurity, dread, fear of death, free-floating anxiety, and depression—no longer exist. They have nothing to hang on to anymore.

Because wholeness is who we are, the twin processes of Neti, Neti and Tat Tvam Asi cannot help but be compatible, and if correctly carried out, they are effortless. The first step is to straighten out what wholeness actually is. Words make a start, but the experience of meditation is just as essential. With knowledge and experience the path to reality is opened, and it becomes possible to live in the light in the fullest, truest sense.