Is There a Better Way to Be Happy? 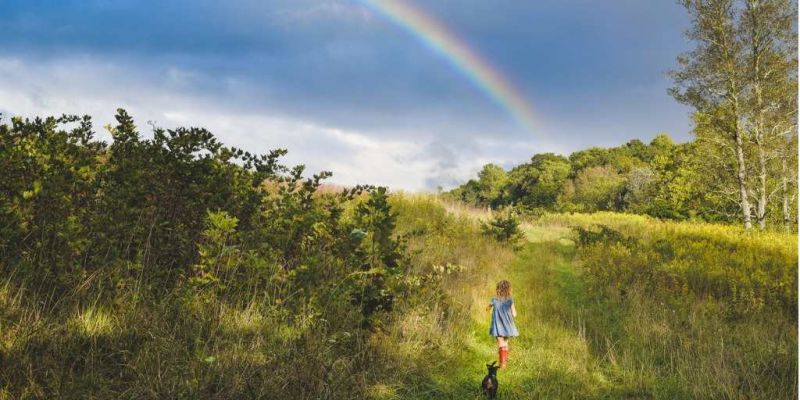 History is filled with powerful forces that change the face of the Earth, and right now we are experiencing one, an explosion of a new coronavirus that has upended daily life. Forecasts of a changing world are in the air once the pandemic is over, but no one really knows what the reset will be, if there is going to be one.

I think the best reset would be over happiness. There is an unquenchable drive for humans to seek happiness, but this means very different things at different times. A day laborer hauling stone to build a cathedral in the Middle Ages was happy, even inspired, by backbreaking physical work that never changed and ended with the breakdown of the body.

That way of being happy is unimaginable to modern people. In developed societies, our formula for happiness generally involves the following: physical comfort, ample leisure, scientific medicine, higher education, endless distractions through entertainment and social media, and a steady supply of consumer goods. In the developing world these values are dominant, not as what people already have but what they aspire to have.

There have been many complaints about our way of being happy. It excludes the poor and widens the income gap around the globe. It is racially unjust; it dumbs down traditional education, flattens various cultures into one media culture, and wipes out local history and customs. Yet for all that, our way of being happy felt inexorable, and it was even branded as “the triumph of the West.”

Now that very inexorability has raised fatal risks, because Nature is complaining. The despoiled environment resulted from careless, reckless behavior that is difficult to reverse because all of us participate in it. The two centuries since the Industrial Revolution has raised global temperatures by a seeming fraction, perhaps 2 degrees Centigrade, moving so slowly that six generations were able to march to the tune of progress without thinking about the Earth.

Our way of being happy isn’t a modern trend, however. It goes back to the notion that human reality is the only reality, that animals and plants exist to serve us and don’t live on our high level. (This issue is very well articulated in a recent TED talk by British historian Greg Anderson. A human-centered reality goes to extremes when Nature itself is diminished to nothing more than a background, the scenery decorating the main event on stage: us.

Without changing our way of being happy, the pernicious effect of how we find happiness will continue and get amplified as developing economies in China and India adopt it for themselves. There will never be a return to religious traditions that revere the Earth as a goddess and Nature as the domain of divine forces. Religion isn’t going to resurface with any power over our consciences. Corporations are going to be driven by the need to satisfy their shareholders with rising profits.

The challenge is to raise our own well-being in such a way that we can pursue happiness in a sustainable world. This is going to be like reassembling a puzzle with new pieces put in place. Stop and ask yourself, would you be happier if

It seems to me that a wide swath of the population would say that these measures, far from being onerous, would make them feel happier. Certainly, each would have the effect of raising the total well-being of Earth’s human population.

As long as we insist on maintaining our present way of being happy, people won’t change. They will hide their heads in the sand not so much out of greed, stupidity, or selfishness as out of fear that cleaning up the planet will hurt them personally. It is pure fantasy to believe in a magic-bullet technology that will make global deterioration go away overnight. Advanced technology will certainly play a part, but at bottom people want to be happy. If we can save the planet’s future by improving our own, a real solution will take place. I seriously doubt that any other solution has a chance.