Joy on hold: Are you afraid to be happy? 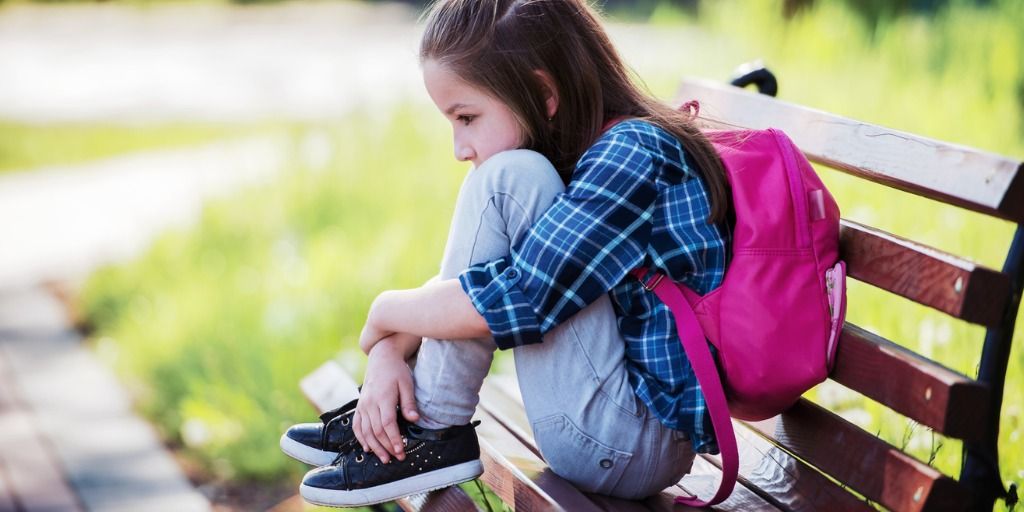 Joy on hold: Are you afraid to be happy?

“He who laughs the loudest, cries the hardest.” Someone said this in high school during lunch as we watched a girl laughing so boisterously that everyone in the cafeteria turned to look. “She’s so going to cry tomorrow,” she declared matter-of-factly. How would she know? I thought to myself. She was only 15, after all, just like me. And yet, somehow, what she said haunted me in the many years to come.

After that, whenever I had extreme moments of happiness, it would be followed by tears of sadness. So, I learned to hold back. I didn’t want to be too happy because the higher the high, the harder the fall. Each time I allowed myself to feel happiness full on, I braced for impact. I expected to be slammed back down to the ground. But does happiness really lead to sorrow or misery? Is it really happiness that is to blame?

Of course, it wasn’t! The B.S. that was put in my head by a random character in high school took hold of me. I gave it life. It became a self-fulfilling prophecy. It’s the energy of manifestation in action—if you believe in something strongly enough, it becomes real.

Waiting for the other shoe to drop

This aversion to happiness is called cherophobia—coming from the word chairo, Greek for “rejoice”—which is the fear of allowing yourself to be happy because you believe something bad is going to happen if you did or that you don’t deserve it. Recent studies, including a study published in the Journal of Cross-Cultural Psychology, confirmed that such a thing exists.

University of Houston research professor Brené Brown wrote in her article, The Fast Track to Genuine Joy: “Though I study scary emotions like anger and shame for a living, I think the most terrifying human experience is joy. It's as if we believe that by truly feeling happiness, we're setting ourselves up for a sucker punch.” She calls this catastrophizing.

It's not really happiness that we fear but losing the feeling and what gives us the feeling. So, we experience happiness laced with fear. We don’t allow ourselves to feel it fully in its purest form. We are not willing to surrender to it completely because of the fear of losing something or everything.

“Most of us experience a life full of wonderful moments and difficult moments,” wrote Thich Nhat Hanh in his book, Fear: Essential Wisdom for Getting Through the Storm. “But for many of us, even when we are most joyful, there is fear behind our joy. We fear that this moment will end, that we won’t get what we need, that we will lose what we love, or that we will not be safe.”

A friend of mine lost his mother when he was still very young. Decades later, he’s still carrying the pain of his mother’s death and the fear of being abandoned by someone he loves, thwarting potential long-term relationships. When things are starting to feel serious and he starts to feel happy with somebody, the fear kicks in and he either finds a reason to break up with the other person or he would sleep with someone else to give his partner a reason to leave him. He simply couldn’t allow himself to be happy in a relationship for fear of losing the other person in the end.

When I was interviewing for what I thought to be the job of my dreams many years ago, I didn’t want to tell anyone except my husband. Even though I was thrilled, I didn’t allow myself—and the people around me—to get excited about it. I was afraid that if I did, everyone’s enthusiasm might jinx it and I’d end up not getting it, which was utterly ridiculous because the company approached me for that job, not the other way around. They wanted me because they were convinced that I was the perfect match.

Still, I kept my guards up. As I went through the interviews, I asked how many candidates they had lined up and they replied, “Oh, we called in another lady with not much experience. Don’t worry, it’s just for show, really. Company policy requires us to interview at least another candidate for any given position. That’s all.” Yet, I kept a tight lid on the whole thing for weeks until I actually signed the contract.

Even then, I didn’t exactly jump for joy. I was merely waiting to exhale. I had decades of practice tempering my feelings so I don’t get too excited, enthused or exhilarated about anything. I simply didn’t bubble over. Ever.

Fear is such a powerfully overwhelming force that could bring the strongest men to their knees. It does not discriminate in terms of gender, race, age, or social status. It will strip you of all that you have and of all that you are, if you let it. And the way to not let it take you down is by understanding it. But we cannot understand it if we don’t acknowledge it.

“We think that, to be happier, we should push away or ignore our fear. We don’t feel at ease when we think of the things that scare us, so we deny our fear away,“ Hahn further wrote.  “….The only way to ease our fear and be truly happy is to acknowledge our fear and look deeply at its source. Instead of trying to escape from our fear, we can invite it up to our awareness and look at it clearly and deeply.”

One of my favorite quotes comes from Pema Chodron’s book Comfortable with Uncertainty, where she stated, “Fear is a natural reaction of moving closer to the truth. If we commit ourselves to staying right where we are, then our experience becomes very vivid. Things become very clear when there is nowhere to escape.”

Looking our fear right in the eye means we are being in the present moment, not time-travelling with our thoughts back to the past or into the future. We face it head on instead of running away from it. This assuages the fear—like looking under the bed to find that there’s actually no monster there.

“Understanding the origins of our anxieties and fears will help us let go of them,” Hahn further wrote. ”Is our fear coming from something that is happening right now or is it an old fear, a fear from when we were small that we’ve kept inside? When we practice inviting all our fears up, we become aware that we are still alive, that we still have many things to treasure and enjoy. If we are not pushing down and managing our fear, we can enjoy the sunshine, the fog, the air, and the water. If you can look deep into your fear and have a clear vision of it, then you really can live a life that is worthwhile.”

By peeling off the layers of fear that had been covering the true face of happiness, I found that they were nothing but empty, superficial facade of threat that had no real power over me except the one that I gave it. So, I decided to take back that power. By doing this, I was able to lower my barriers and welcome happiness with open arms and allow those blissful feelings to come rushing back in. I allowed myself to be happy again. And you know what? If you allow yourself to bask in happiness completely and fearlessly, it feels really good.

More posts from author
Tuesday, 26 November 2019 What to do when you're truly feeling overwhelmed
Monday, 11 November 2019 What we become when obstacles are removed for us
Saturday, 26 October 2019 To truly make a difference, you don't need to make a splash: A single drop is enough to cause ripples

The Seven Laws of Fearless Living

How To Make This The Best Year Ever