Letting Go – the Key to Getting What You Really Want 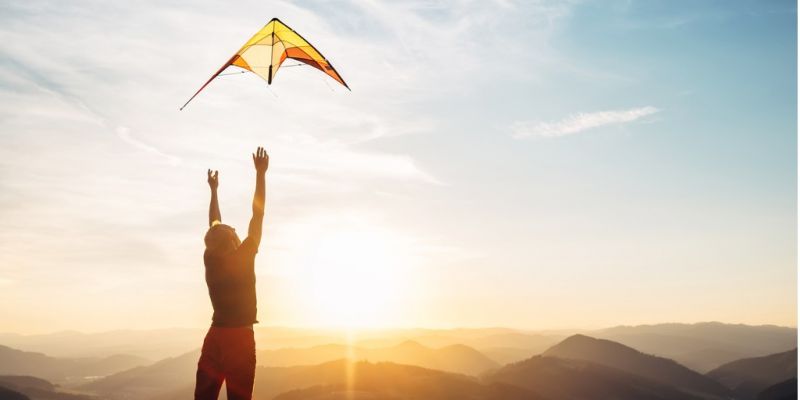 Letting Go – the Key to Getting What You Really Want

Each time we see the need to let go of something – a bad habit that drags us down, an unsatisfactory relationship, a career choice that can’t complete us in the way we dreamed it would, or maybe unrealistic expectations of ours about others that eventually spoil our partnerships with them – whatever it may be: what is it that’s actually happened in these moments of honest self-examination? See if this simple answer doesn’t describe our situation:

Aren’t we being “asked” to give up an existing relationship in order to make room in our lives for something higher? Of course we are. Then why is it so hard to act on our intuition? After all, who doesn’t want a life that’s better, brighter, and truer?

Here’s why we hesitate to make this exchange, as so many of us do: the real challenge in such moments is that what we must choose in favor of can’t be seen by our physical eyes! Can we see the truth of this, no pun intended?

Inherent in any true spiritual surrender is this one inescapable fact: we can’t hope to realize the actual nature of that new and “greater” relationship we seek until we have released the old one. St. Paul, author of numerous New Testament accounts, best describes what is, ultimately, an indescribable moment:

“Our faith must be in things unseen, and not in things seen; for who hopes for things (already) seen?”

When it comes to letting go and growing beyond who and what we have been up until that time, the deal is non-negotiable: first comes our gradual awakening to what no longer works for us, followed by the inner work to release the same.  Then, and only then, dawns the discovery and realization of what is – in all cases – a new and higher order of our Self; our life is transformed. Confidence, contentment, and compassion become our constant companions.

To the point: letting go follows our unwanted realization that “holding on” is of no further use! In one way or another we start seeing how all of our old, tried and true solutions have proven themselves to be “false friends.” A few examples will shed light on this last important idea.

For instance, it’s become clear that blaming others for our painful reactions has proven worse than useless; that answer has turned some of our friends into enemies!

Instead of delighting us as they always did in the past, our newest schemes and dreams only taunt us with their emptiness; we’re tired of running nowhere fast.

Whether wanted or not, we stand at the threshold of that unfamiliar and innermost territory called the “dark night of the soul” by St. John of the Cross; for we now know that of ourselves we can do no more for ourselves.

And so we wait there in our uncertainty, caught, as it were, between two possibilities, neither of which is wanted: in one hand there is the “rock” of not wanting to go through what we know must be done; in the other is “the hard place” of seeing that no other options are available — our one great fear being that if we do let go, our fate is sealed. We will fall into that dark yawning abyss before us called, “not knowing what will become of us” – a forbidding place from which we believe there may be no escape!

But, this is a false assumption based upon an equally false perception. It’s a lie produced by the false self to keep us from answering the call to leave it behind. Here is the truth of the matter, which you will know from yourself each time you dare to let go: You do not fall.

How is that possible?

Ask yourself, what happens to a kite when its string is cut? Up it goes! It climbs into the open skies above it because that’s its nature; it was made to rise. So are we: we are made to be free. Anything less is just that . . . not enough!

After nearly 35 years of writing and teaching, if I have learned one thing it is this: We each have right here, right now, everything we need to succeed with finding the lasting wholeness and happiness for which our heart of hearts seeks. Our problem is that we’re sure we have to do something to be free. Strangely enough, the only thing between us, and a life without limits, is this mistaken idea.

The spiritual work of letting go and of growing into our native holiness is unlike any other kind of effort one will ever have to make. It starts with embracing – and then daring to act upon – the understanding that nothing can be added to our True Self. Just think for a moment what such knowledge could mean to us if we were to take the trouble to make it our own.

For instance, rather than spend our time struggling, in vain, to make others into what we want them to be, we would be able to see the inherent flaw in this kind of thinking. So that then – rather than trying to change others to suit our needs – our choice would be to simply drop this false idea that someone else is responsible for our fulfillment.

Freedom from the burden of false responsibilities – real reconciliation with lovers, friends, and family – the grace to forgive old foes completely – a growing sense of a loving and compassionate Intelligence unbound by passing time: these gifts and more come to those who learn to let go.

The missing half of our lives is letting go. Make this spiritual discovery and be fulfilled; be fulfilled without effort, and be free. Breathing in would be worthless without its opposite of exhaling; think of letting go as learning to take part in the breath of Life itself, something that is as natural to who you truly are as it is for the sun to shine.