Surefire Advice for Life in the Eye of the Storm 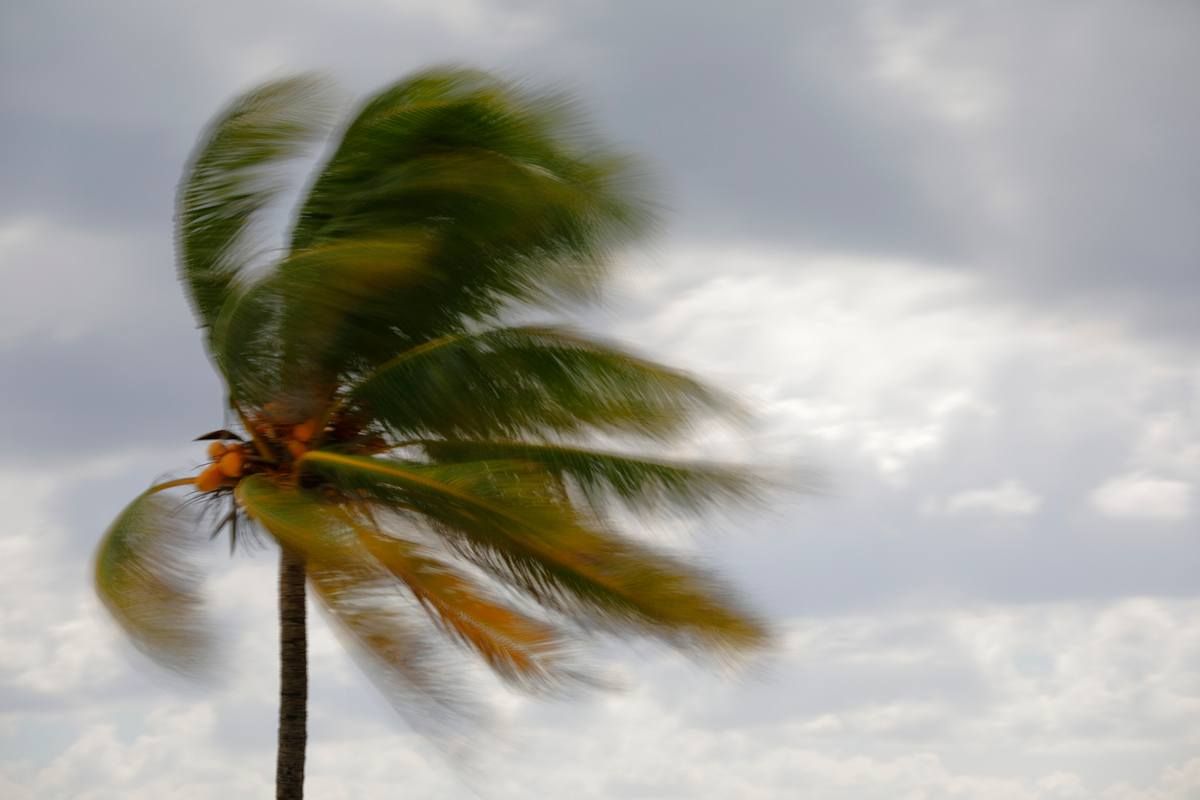 My preference is for stability. But nothing remains constant. As the inevitable challenges of life confront me, at the deepest level I know I am constantly evolving into more. And yet that seismic shift can feel radically uncomfortable because paradoxically, all of the events that are unfolding are serving to shake me loose of the need for stability. Recently, nature in all her benevolence slapped me upside the head with a tangible reminder of how to release control and embrace surrender in the moments when I am most afraid.


My life has been lived in the eye of the storm literally and figuratively over the past 12 months We are approaching the one-year anniversary of our precious two-year-old, Celeste’s, catastrophic heart failure. And today marks two weeks since the most powerful storm in the history of the Atlantic, Hurricane Irma, plowed through our Southwest Florida community.


I already know the obvious question… why didn’t we get the Sam hell out of Dodge in advance of a Category 5 hurricane?

Because in my rigidity, I believed I could manage and control the safety of our family and belongings throughout the storm. I convinced my husband, a hurricane virgin, that the trajectory of Irma would jig and jag endlessly until it finally made land-fall in a multitude of destinations other than right here… that our new home was built to withstand hurricane winds and rain… that I had lived through enough hurricanes and swore they were more bark than bite… that we needed to be here just in case we did suffer some storm damage in order to be on the front line of insurance claims and relief efforts… but ultimately, through my unbending will, I believed I knew best.


Then 24 hours before she made landfall, all bets were off and it was obvious that this force of nature was on a direct collision course with Naples accompanied by a potential 15-foot storm surge.

This was unchartered territory. I wanted more than anything to hold fast to my trust in God and our ultimate safety and yet I was scared to death. The weight of the responsibility for keeping my family here was overwhelming. How was I going to face this trial and stay firmly rooted in my faith and love?


The cacophony of voices in my head were relentless, “idiot…” “foolish…” “stupid… “selfish.” My unwillingness to be internally flexible and seriously consider the physical and emotional cost to my family cut deeply. I wanted to beat myself up and beg my husband’s forgiveness for what I could only anticipate might actually become an apocalyptic event.


But, now we were stuck. No more airplanes out. Fuel was impossible to find. By the evening of September 8, millions of Floridians had evacuated, making it the largest evacuation in the state’s history. Roads were so congested that a typical four-hour drive was taking 12 plus hours. There were reports of people ramming each other on the highways and violent fights breaking out at gas stations.


The tireless internal voices of judgement made sleep impossible, so throughout the dark night before the storm I tried to control what I could by carrying furniture, rugs, accessories, artwork, books, photos, computers and important papers from the first
floor of our home to the 2nd story to protect it all from potential water damage. Hundreds of trips up and down became the proving ground for how I could expand to love myself unconditionally no matter what unfolded and meet this next challenge with courage and dignity.


The outer bands of rain began to whip and drench our home hours before the full fury of the storm arrived vibrating windows to their breaking point. The 130-mph wind lashed at every solid surface and tossed anything not securely tied down, regardless of its size and weight, like a toy in the arms of an angry toddler. Hurricanes are interminably slow beasts. Depending on their size, they rage for long hours. We lost power and water at 2 pm that day and it took ten days for it to be reinstated. When Irma’s eye wall passed directly over our heads, a calm settled in as we prepared for the back side of the storm to hit. The eight of us huddled for twelve interminable hours in a pitch-black, 7 x 12-foot closet-like space.


Throughout the worst of the storm I had two choices; allow the voices in my head to carry me into a future that was catastrophic ensuring that I in no way could not be present for my young children. Or, breathe into every moment and recite one of the most powerful mantras of all: In this moment, I am safe. In this moment, I am protected. In this moment, I surrender to a power that is greater than mine knowing that all is unfolding in Divine Order.


Thirty hours later, when we crawled out into the light of day we found a setting that resembled a war zone. Mature hardwood trees had been blown apart. Iconic, Mammoth-like banyans, were blown over, their shallow roots standing over one-story tall. Public benches were careening at weird angles 12 feet in the air barely attached to the landscaping that had been ripped from the ground. Vegetation was stripped bare. Tin roofs were accordioned in the street and signage was strewn blocks from business locations. Powerlines were snapped.

Irma was a catastrophic storm. 102 people were killed, including 44 in the Caribbean and 58 in the US and preliminary damage estimates are somewhere between 50 and 100 billion dollars. We survived. Our family is safe and our home is intact. The minor damages are a daily gratitude reminder of how blessed and protected we are.


In our own yard, rigid old oaks had broken into pieces but the layers and layers of bamboo had whipped back and forth remaining ever flexible and in that flexibility, indomitable. Many were arched with tips almost touching the ground, but not even one had snapped. Their leaves had all turned yellow from the weeping salt spray, and wind burn, but day-by-day, the canes are standing straighter and in their own time responding to the rainfall, sunshine and breezes that now gently blow through our yard.

Today, I see green shoots everywhere. Nature is stirring back to life. It’s not chastising itself for how it responded to Irma. And, so too am I embracing the evolving nature of my journey. I am growing as well. Less rigid today than yesterday. And certainly, more so than two weeks ago.


When you are living life in the eye of the storm call on this wisdom:


1)  Every day we are faced with choices. Fully embrace that each decision you make, regardless of how you perceive it, is a part of a greater plan – a greater unfolding. You may not recognize it at the time, but your decision is serving a purpose. By embracing this broader perspective, you can love yourself unconditionally through the outcomes of your decisions.


2)  No matter how dicey life is showing up, don’t lose yourself to the monkey mind which will always manically swing toward a past that is colored by your own stories and victimhood or a future that is a projection of the worst possible scenarios. Every breath you draw is God’s promise of your place in this greater unfolding. If you are able to remain in the stillness of this moment, this moment lasts forever.

The storm caused catastrophic damage in Barbuda, Saint Barthélemy, Saint Martin, Anguilla, and the Virgin Islands as a Category 5 hurricane.[4][5] As of September 19, the hurricane has caused at least 102 deaths, including 44 in the Caribbean and 58 in the United States.[6][7][8][9]

At 60, after years of intense inner work, she is now living the authentic life that she hoped for, that she dreamed of and that she always aspired towards. Jan’s journey is proof that it’s never too late to begin living your most authentic life and in doing so, reclaim your passion, your purpose and your joy.

Her life and work are dedicated to giving women the inspiration and power they need to reclaim their dreams and begin living their most authentic lives. Learn more at jandesai.com.

More posts from author
Tuesday, 05 March 2019 Letting Go of What No Longer Serves You
Wednesday, 13 February 2019 The Window of Gratitude
Friday, 25 January 2019 9 Ways to Stay Positive, Even When You're Sick!

No comments made yet. Be the first to submit a comment