One Thing Modern Medicine Got Wrong: The Human Body 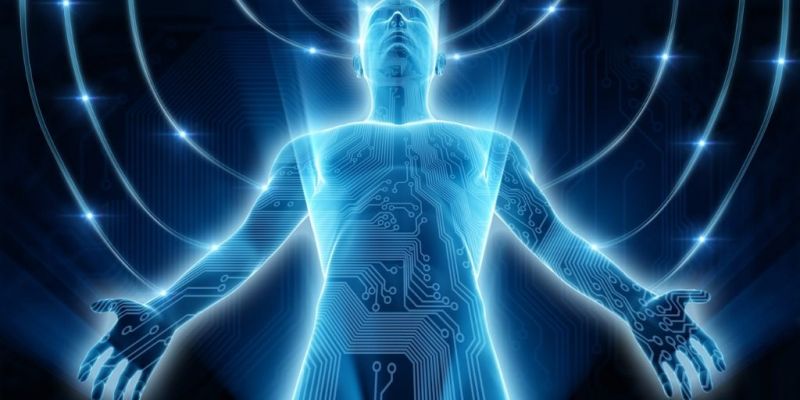 A strange fact that nobody seems to act upon is this: The body you see in the mirror isn’t your real body. The image you see is of a solid physical object, stable and fixed like a table or chair. But in reality your body is fluid, constantly changing, filled with numerous spaces, and the host of trillions of bacteria. All of this is more you than the you see in the mirror.

The old saying, “What you see is what you get” doesn’t fit our bodies. Consider the billions of cells that die and are replaced every day. They are like the bricks in a house that vanish while building remains intact. If you accept this as the truth, modern medicine is challenged at the core, because medical students are taught to treat the body they see. You might even say that in most cases they are taught to treat only the body they see.

The model taught in medical school is common to all the sciences. It is known as naïve realism. What makes it naïve is the assumption that the world delivered by the five senses, but especially the visible world of objects, is enough to describe reality. In other words, “What you see is what you get.” Develop the most powerful microscope you can imagine, and you will see what Nature is all about.

Tiny bits of matter are assembled to produce the standard model of the human body, which can be broken down from cells to molecules, atoms, and beyond. This model of “the body as thing” has produced wave after wave of modern drug therapies and a minute understanding of anatomy. But there’s more than one fly in the ointment.

Here are the gaps in medical knowledge, the prevailing mysteries that the “body as thing” model fails to solve.

This is a very long list of big-ticket mysteries. Yet they all fit under the rubric of “What you see isn’t what you get.” A model that isn’t based on reality needs to be changed, and without a doubt the material model of the human body, fantastic as its achievements have been, is quickly becoming outdated.

In a world where every new drug costs on average of $1.2 billion and eight years to gain approval, the prospect for a future world that is sustainable at the basic level of physical health is rapidly receding. The current pandemic offered a painful lesson in the reality that the planet is a single living organism, and that being human weaves us into that organism, like every other living creature.

What seems to set us apart is self-awareness. We seem to be the only creatures who want to understand who we are. Medicine is only one branch of self-exploration. It is a terrible mistake to assume that it is disconnected from all the other branches. Yet the “body as thing” model robs us not only of individuality. It robs us of wholeness by excluding the mind or any other dimensions that are not perceptible.

The biggest flaw in the current medical model is our sole commitment to what is visible only.  You can’t see the mind in a mirror. You can’t see the invisible connections that keep you alive and are part of the living, breathing world. You can’t see your thoughts, feelings, wishes, hopes, dreams, and fears. Modern medicine continues to focus on the physical, and until we reinvent the body, giving due importance to its invisible reality, the medicine we get will be forever limited, insufficient, and egregiously slow in its evolution.

SRINI PILLAY MD, is founder and CEO of  NeuroBusiness Group, which is an organization that connects brain science to other aspects of science, art, technology and leadership development. He is a Harvard-trained psychiatrist and biotechnology research analyst and brain imaging researcher who is also the founder of CIRCA, a technology company designed to reduce anxiety, as well as co-founder and Chief Medical Officer of Reulay, a company that uses technology to enhance longevity and quality of life. He is also the award-winning author of Life Unlocked: 7 Revolutionary Lessons to Overcome Fear as well as Tinker Dabble Doodle Try: Unlock the Power of the Unfocused Mind, among others. Dr. Pillay has recently completed writing a musical, and is leading efforts to design a fashion show that highlights the brain, as well as designing a Museum of Awakening. He was voted one of the top 20 movers and shakers in leadership development in the world by “Training Industry”, and is an invited member of the Transformational Leadership Council. He is currently on think tanks: The Consortium of Learning Innovation at McKinsey & Co., as well as a member of the Disasters, Trauma and Global Health committee at The Group for Advancement of Psychiatry. www.drsrinipillay.com