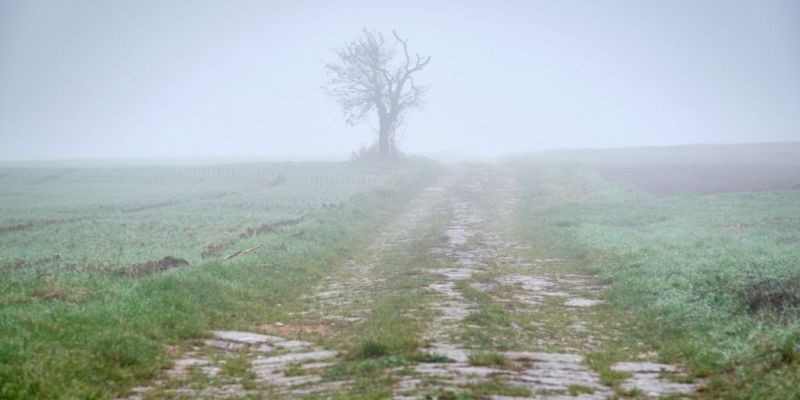 Some years ago it was considered a secret that explaining the universe had reached a dead end. Only the most informed scientists talked about it, but eventually a major shift occurred, and the public caught on. Instead of a Theory of Everything, which had been the holy grail of physics, a state of confusion, conflicting theories, advanced mathematics, and wild out-of-the-box speculations defined the mess that had come about. No one could say where space, time, matter, and energy came from, and they still can’t.

It sounds irrational for science to proceed blindly along the same track that had reached a dead end, but that has also happened. Discovering new subatomic particles, devising new and more intricate mathematical models, and tinkering with concepts like the multiverse, for which there is zero empirical evidence, occupies mainstream physics today just as it did a decade ago. Go back as far as you like, and science has depended on empirical evidence, data, measurements, and experiments. But at the far edge of spacetime and all the way down to the infinitesimal realm of the quantum, and there are no experiments to run, no data to collect, no measurements that will solve the cosmic riddle: Where did the universe come from?

When you are intellectually rigorous and admit that an old model no longer works, it is futile to keep doing more of what doesn’t work. The cosmic riddle won’t go away, and a different path needs to be followed. To find this path, a second riddle comes into play: Where did human beings come from and why do we exist? This riddle doesn’t seem cosmic, and yet it is just as baffling. There is no Darwinian reason to explain why Homo sapiens evolved. Our hominid ancestors were surviving quite well, multiplying, discovering fire, and making art.

With over a million years of successful survival and 55 million years since the first primate emerged, there is no reason for why Homo sapiens took less than 100,000 years to develop our higher brain and a mere 30,000 years to create the advanced civilization we occupy. This leap in intelligence is faster than if a kindergartener came home tomorrow with a PhD.

Yet there is a way to solve both riddles, the cosmic and the human, by following the same path. Imagine that science has reached a fork in the road, and that you stand there too, because you do. You can choose the road that leads to business as usual, and keep fiddling around the edges with riddles even though you know in advance that you will never solve them. Or take the other road, which is unknown, uncertain, yet filled with infinite possibilities. Inertia makes people choose the familiar road, and that includes 99.99% of scientists.

The road less traveled is chosen when an insight strikes home. There are known to be trillions of galaxies containing billions of planets that potentially could support life. On that basis, Homo sapiens is impossibly arrogant to suppose that we occupy a unique or even a privileged place in creation, and this arrogance increases a hundredfold if we assume that we have the answers to cosmic riddles. We barely understand human nature, and we’ve been trying to work that one out for several thousands of years, going back to the beginnings of philosophy.

There is another choice, which is to turn away from galaxies, planets, the big bang, the multiverse, subatomic particles, and the entire apparatus that looks at creation from the outside. Instead of being arrogant specks of sand on the cosmic beach, what if it is the other way around? What if human beings are the whole point of creation? This notion is centuries older than science, but it was shrouded in mythology, religion, and mysticism. No one proposes returning to a pre-scientific age. But it is necessary to see that mythology, religion, and mysticism were born from the same riddle we face today. The ancients looked around and realized the uniqueness of human intelligence and creativity. Naturally, they wanted to know where and why this astonishing occurrence, totally unprecedented in Nature, came about.

The answer they gave was actually so obvious it was staring them in the face: we exist because of consciousness. Seen from the inside rather than externally, everything about human existence comes down to experience. We exist to have experiences; our existence would be unthinkable unless we could have experiences. So three things came together that meshed seamlessly: existence, consciousness, and experience. The fact that science has mostly ignored all three, testifies to the richness of rationality. All of science and modern technology is built on this one aspect of human intelligence. Rationality works out answers only if you toss out existence, consciousness, and experience. They don’t count in table of logic and the working out of mathematics.

So it’s no surprise that rediscovering those things has only happened after the scientific worldview began to unravel. Science cannot explain consciousness, no matter how hard it has tried. This too only makes sense because consciousness is all-encompassing. Existence is a given. Experience makes the world appear.

Many futurists have faith that the enormous problems facing the Earth will be solved by advanced technologies. This faith persists despite technology also giving us toxic waste in our land, water and air, atomic and biochemical weapons, and the buildup of greenhouse gases, not to mention the possibility of mass extinction. Arrogant misguided specks are not going to suddenly turn everything around, but consciousness could. What is required won’t resemble the past. A new religion, a surge of mysticism, and an epidemic of enlightenment are not going to sweep the globe either—and they don’t need to.

Such technologies have been with us for centuries. They come from inside our consciousness along a path that is more profound than rationality. Reframe your perspective, and the following human modes of awareness are pure technologies of consciousness:

No one needs to invent anything new when it comes to human potential. The nine technologies on the list are the why, when, and how Homo sapiens came about. They are innate in us. Science had to be invented; curiosity didn’t. Machines have to be built from parts; insight doesn’t. In the same way you can solve the cosmic riddle. Time, space, matter, and energy are byproducts of creation, and creation is because it is. The whole package of the physical universe depends on existence, consciousness, and experience.

Human beings are conduits for those things, which is why we are the universe. We came along with the whole package, and the fact that it took 13.8 billion years to reach the present moment only shows that time plays its part. Mechanical time couldn’t lead to Homo sapiens, but conscious time can and did. So if we are the conduits through which consciousness flows, finding the best use of consciousness through technologies that go to the heart of creation must be the way out of our many challenges. All we have to do is to start seeing existence from the inside instead of the outside. That’s the shift that will bring about a new world, none other.