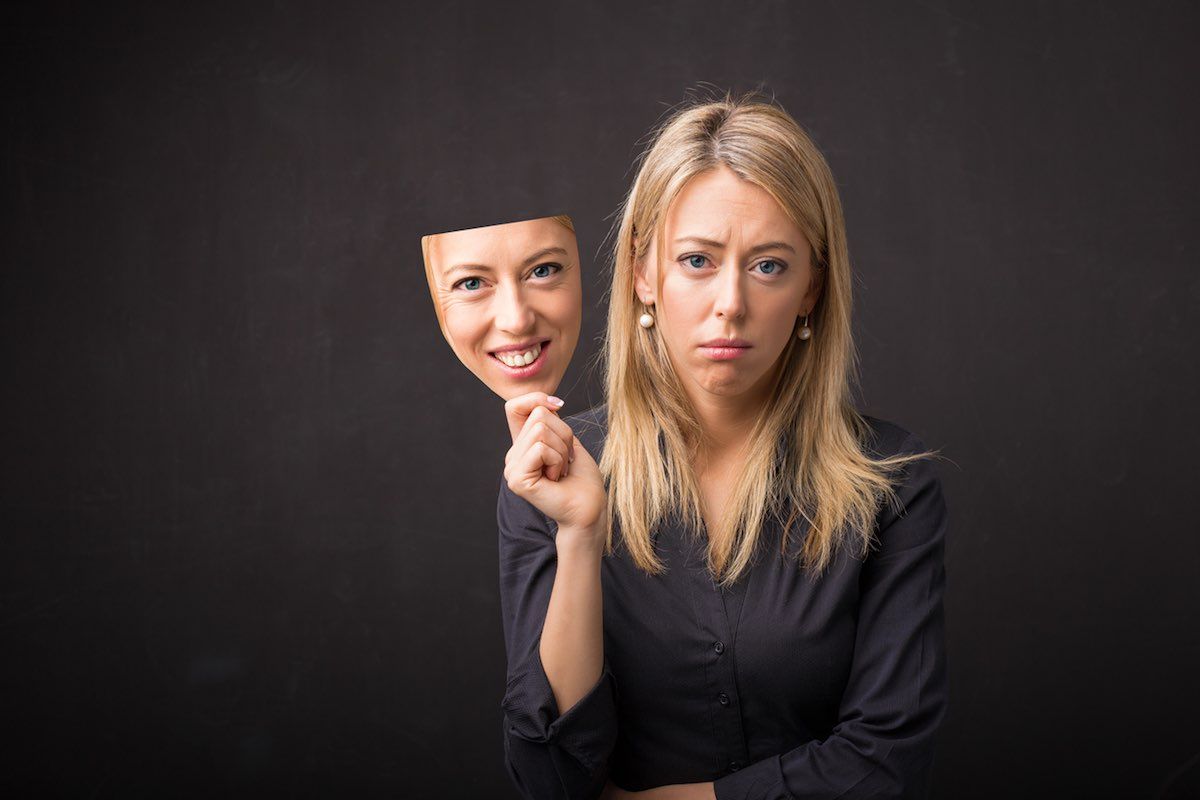 In everyday life, we keep up appearances through an elaborate complex of veils, disguises, unconscious defenses, and psychological ruses. Most of these involve the word “self.” Burying our true self is a project we spend huge amounts of time and effort on. In early childhood, for example, your parents nurtured and protected you. But at a certain point rifts appeared. Every child learns that their father and mother are not all-powerful. They can’t protect you from bullies on the school bus. Another rift is centered on desire. Children want things their parents don’t necessarily want, and when desires clash, then what? It comes as a traumatic shock when a couple decides to divorce, because no matter how it is papered over, they are acting to make themselves happier first—or to escape misery—rather than doing what makes their children happier or less miserable. (Of course there are examples where divorce is better for the whole family, but disruption and trauma are still an issue.)

At such critical points, and there are many more both large and small, each of us is thrown back on the self, which becomes our first and last refuge. We learn—or fail to learn—to be self-reliant, self-protective, self-confident, self-motivated, and self-aware. This project of relating to yourself is how you answer the question “Who am I?” You are the end product of building a self and presenting it to the world. No one looks in the mirror and sees a real person. What is seen is the self, and it isn’t a simple image, either, but a dynamic system of relationships inside our minds.

This constructed self has a very limited reality, because no matter how hard we work at self-improvement, there’s a fatal flaw built into the self system. The construct is essentially artificial, and therefore it is separate from us. No one completely merges with the social self they present in public. No one fully accepts the psychological self they must live with beneath the surface.

The proof of this is quite simple. People say things like “I hate myself right now” or “You need to learn to love yourself.” It’s like talking about someone else, a stranger or a sibling or even a pet. Like them, our self-creation stands apart. We look at it, judge it, hate it one day and love it the next, and so on. In short, the reality of who we are is veiled from us, and we don’t know what lies behind the curtain. For most people, facing reality is a scary proposition; they vastly prefer to be buffered by the ego-self they have learned to accept. Going back to the childhood example, when you learned that your parents were not all-powerful protectors, it was impossible to remain neutral to this shocking fact. You were forced to confront the whole issue of how to stand on your own and protect yourself.

Yet despite all the forces that urge us psychologically to remain inside our constructed ego-self, the world’s wisdom traditions, in which I include all religions and spirituality, revolve around the possibility of getting real. Something inside us, even if deeply buried, feels trapped in the ego-self. Unfortunately for the forces of conformity and conventionality, there has always been a motley crew of artists, sages, saints, madmen, rebels, poets, and lovers who have released themselves from what William Blake called our “mind-forged manacles.” These escapees are at once scary and inspiring. We venerate and persecute them in equal measure. A figure like Jesus, for example, personifies ultimate inspiration and ultimate suffering at the same time.

But let’s say that fear doesn’t win out and you undertake to unveil reality. Immediately an obstacle arises. To get at who you really are, you have to go through the self you created so assiduously over the years, and unlike a pair of rose-colored glasses, which you can simply take off, you can’t remove the filters imposed by the ego-self. You have come to believe those filters are you. The self system clouds everything you perceive or think about.

The only way to unveil reality is to find a strategy that doesn’t implicate the self, which means that you must exclude everything the mind does all the time, which is to entertain a constant stream of sensations, images, feelings and thoughts. The mind has been trained to conform to the jerry-built self, and so has the brain. In our efforts to shape reality to suit our wishes, desires, fears, and needs, the mind has become hopelessly divided, with certain impulses being under control (more or less), while other impulses roam free, refusing to submit to us (ask anyone suffering from anxiety, depression, obsessive compulsions, paranoia, grief, helplessness, and so on).

Being yourself means getting rid of your separate self first. It sounds almost laughable. The situation is exactly like saying that if you want to be totally protected, you must drop all your defenses. The whole project seems counterintuitive and more than a little suspicious. The ancient Greek dictum of “Know thyself” could be a folly or simply impossible. But there’s no getting around the fact that reality, to be real, must be unfiltered. Only by walking the path of self-liberation is it possible to discover, once and for all, what is real and what is illusion. This path follows definite principles, however, that provide a guide to anyone who wants to get real. These principles will be discussed in the next post.