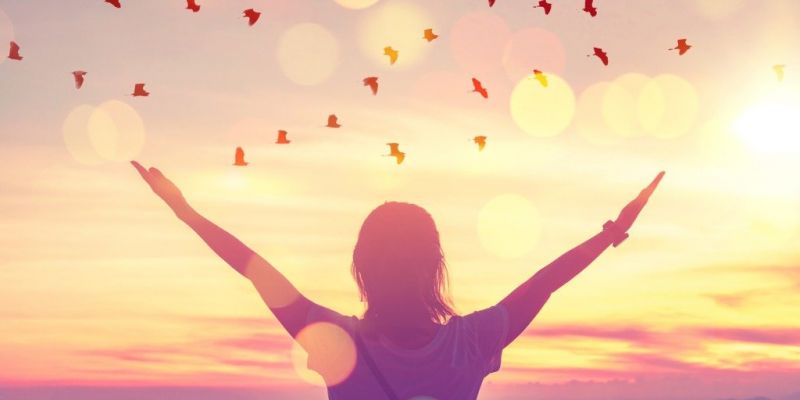 Have you ever noticed that when you’re under the cloud of some negative state, what you do to try to “make things better” actually makes the situation worse? Struggling to free yourself from your own negative reactions is a bit like throwing gasoline onto a fire, isn’t it?

Recognizing that you get trapped in this pattern of taking action that neither relieves nor rescues you from negative states  actually opens up the possibility of another kind of action based on higher self-knowledge.

Following are three new actions – the fundamental “ABC’s” – that can start you on the path to breaking free from negative thoughts and feelings:

In the moment when suddenly you are carried away in a river of negative thoughts and feelings, does it not seem as if the first thing to do is to, at all costs, avoid? Not just the states themselves, but to try to correct or reconcile the situation that these suffering thoughts and feeling are based in?

In other words, the first thing our mind does with any unwanted moment is to resist it. And anything in us that is resisting a condition guarantees the condition it’s resisting will just repeat itself.

But in the avoidance of that negative energy that looks at the condition and says, “I must stay away from that,” it’s actually binding me to a relationship with a nature that has defined the event as being dark, and then draws me in to taking the actions it prescribes.

Our mind tells us, “You’re the problem. I couldn’t possibly be involved in this problem. I couldn’t be complicit in this conflict.” But is the person that I am about to blame the source of the real problem? Or is the real problem that there’s something inside of me that has already named someone or something outside of me soI can avoid taking responsibility for my own reaction?

When I blame someone or something, it is the avoidance of responsibility.

What is the responsibility? I’m going to be present to the revelation of this nature that has reacted to hide its low state.

Unwanted moments that come along in our life tend to repeat themselves, don’t they? Maybe with different people, maybe in different parts of the world, but these conditions have a tendency to come back, again and again. It’s because the nature in us producing the condition hasn’t changed. So it continues to attract or otherwise produce what it must to protect itself. The event comes back because the lesson isn’t learned.

See that failed solutions to similar experiences cannot be separated from the self that is offering them to you. Cling to nothing.

To summarize, the next time you get angry, worried, or afraid -- you’re in the midst of some kind of stress or strain and you’re sure that nothing is right, life is unfair -- if nothing else, don’t look at what your nature is pointing at as being the pain or the problem. Instead, see that what you are looking at is a creation of your own nature. The condition that’s producing the suffering and the sorrow is not outside of yourself. It’s inherent in the level of self that creates an image and tries to escape its own conclusions.

This new understanding begins for you the most marvelous experience a human being can have, which is -- little by little -- not to be captured and dragged off by a negative state. Instead, you use each appearance of a negative reaction to discover something new and true about the nature responsible for the whole situation, then to step out of it.

Start with the three ABC’s: avoid nothing, blame no one, cling to nothing. That’s how you begin to turn new knowledge into new action and new actions into a new kind of freedom.