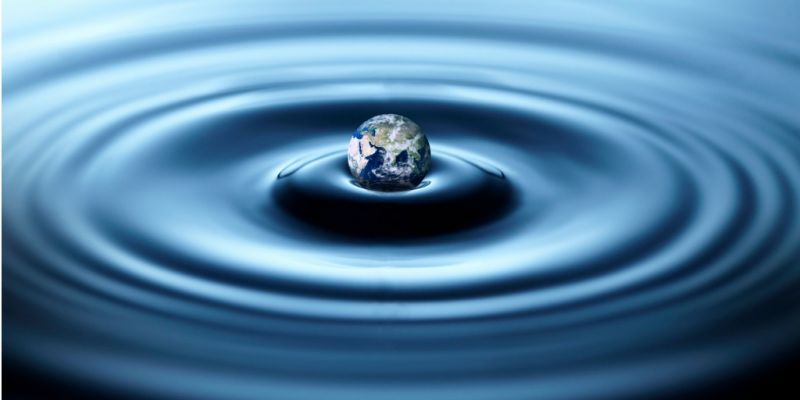 The pioneers of quantum physics weren’t the first to ask such questions, but quantum physics got to the nub of how the physical universe is constructed. Everything in existence emerges from ripples in the quantum field, and underlying these ripples is an invisible or virtual domain that goes beyond spacetime, matter, and energy. In the virtual domain, the universe and everything in it is a field of infinite possibilities, and yet the virtual domain cannot be observed directly. As a result, contemporary physics can take us to the horizon of reality, the womb of creation, but it cannot cross the boundary between us and our source of existence.

Almost all the recent models that have gained popularity, including superstrings, the multiverse, and dark matter and energy, exist in so-called mathematical space, or Hilbert space, in recognition that they are not going to yield direct empirical evidence that can be perceived with our senses. Astrophysics had already gotten used to the fact that just 4% of the created universe is accounted for by the matter and energy visible to the eye or to telescopes. With dark matter and energy added in, most of what we see is not really what the universe consists of.

Leaving the technicalities aside, it has become far more difficult to foresee that the human mind can fully comprehend the nature of reality when so many crucial aspects are beyond the setup that our brains can grasp. The thinking mind needs the brain in order to operate, and the brain is a creation in spacetime consisting of matter and energy, that are in spacetime. We wear mind-made manacles. When this fact dawned on the late Stephen Hawking, he ruefully conceded that scientific models might no longer describe reality in any reliable or complete way.

When we discussed these issues in our book, You Are the Universe, the title reflected another approach entirely. Instead of founding the universe on physical things, however small, or even ripples in the quantum field, which are knowable only through advanced mathematics, reality can be grounded in experience. Everything we call real is an experience in consciousness, including the experience of doing science. Mathematics is a very refined, complex language, but there is no language, simple or complex, without consciousness.

The vast majority of scientists will continue to engage in experimentation and theoretical modeling without this venture into “metaphysics,” which is a no-no word in science (a famous put down when things get to speculative is “Shut up and calculate”). But it was quantum physics that brought the mystery of reality into the laboratory in modern terms, even though Plato and Aristotle also wondered about what is real.

A younger generation has proved more open-minded, and a growing cadre of cosmologists now hold to the notion of panpsychism, which holds that mind is built into reality from the start. This is a huge turn-around from the view that mind evolved out of matter here on Earth as a unique creation. The fact is that nobody in the physicalist camp could explain how atoms and molecules learned to think—creating mind out of matter was dead on arrival, even though the  vast majority of scientists still hold on to this view as an assumption or superstition.

Ironically, to say that reality is stranger than we can think isn’t confined to the queer behavior of atoms and subatomic particles. You cannot think about consciousness, either, any more than the eye can see itself or the brain know that it exists (without cutting through the skull to see the brain from the outside). A fish cannot know that water is wet unless it jumps out of the sea and splashes back down again. We cannot think about consciousness without a place to stand outside consciousness, and such a place doesn’t exist in the entire cosmos.

The source of space isn’t inside space; the source of time isn’t in time. Likewise, the source of mind isn’t inside the mind. The ceaseless stream of sensations, images, feelings, and thoughts that run through your mind are the products of consciousness. Consciousness itself has no location. It is infinite, without dimensions in space and time, unborn and undying. Can you really think about such a thing as consciousness? And yet you know without a doubt that you are conscious. This is what allows us to make peace with reality being too strange to think about.

We can simply drop the “strange” part. Reality can be founded on knowing that you exist and that you are aware. Existence is consciousness. If science is dedicated to the simplest, most complete explanation of things, existence = consciousness is the simplest and most complete explanation. There is no need for religious or spiritual beliefs in order to accept this foundation for reality, since it is based on what science has arrived at. By removing our outdated allegiance to “things” existing independently of consciousness, the basis of reality can be seen clearly. In our everyday life we navigate with existence and consciousness at our side, indivisible, secure, inviolate, and unchallengeable. A whole new future may spring from accepting this simple but awe-inspiring fact.