What If Everything Is Alive? 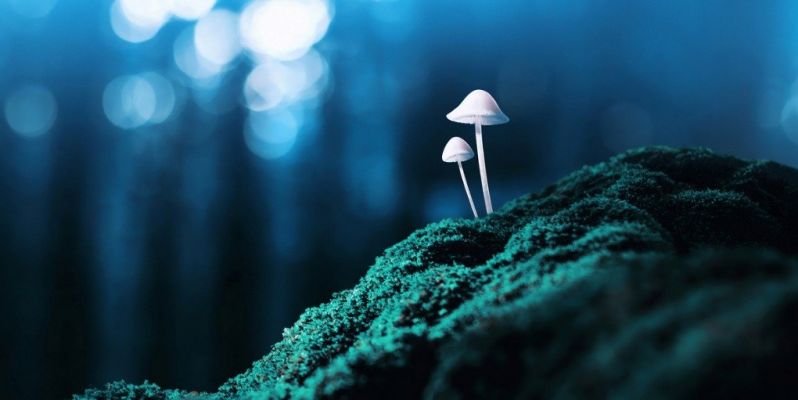 One of the great failures in science is still haunting us, the failure to discover why living things are alive. One of the most promising theories was known as vitalism, which held that some undiscovered “life force” or “spark of life” is what separates living things like trees, cats, and amoebas from non-living things like rocks, water, and salt. Vitalism was once so promising that the Nobel Prize was given to a champion of vitalism, the French philosopher Henri Bergson, in 1927. But significantly, the prize was in literature, since no one, however enamored of vitalism, could provide scientific evidence for any kind of life force.

The tables were decisively turned to the opposite of vitalism, known as functionalism, which breaks life down into processes like metabolism, growth, reproduction, adaptation, evolution and extinction.. That’s where we find ourselves today, which poses a huge problem. Vitalism and functionalism are opposites, which implies that in the game of either/or, if one is false, the other must be true. But unfortunately, functionalism doesn’t explain life, either. It explains how life behaves, which isn’t the same thing.

Why not? Because behavior comes down to chemistry and physics in the worldview of functionalism, but the physical “stuff” of creation obeys laws so rudimentary that they have very little bearing on living things: imagine trying to explain the Eiffel Tower in terms of the behavior of the iron atoms that constitute it. It is true that the Eiffel Tower is made entirely of iron, but the same is true of a lump of iron ore buried in the Earth’s crust. An iron atom has to pass through a lot of stages before it turns into an edifice. It is fatal to functionalism that the vast majority of these stages involve the mind, and mind has no physical explanation.

For the moment let’s accept that this last statement is true. Howls of protest will be raised against it from materialists, who will never abandon the notion that mind, or consciousness, must have a physical basis. That “must” is akin to the notion, if you are religious, that God must exist. In both cases, “must” precedes proof, and that’s illogical. It’s like a mother insisting that her children must be perfect even though they misbehave all the time.

Nature has done a fantastic job of misbehaving when it comes to the creation of life. Mind is the big one, but if you take all the functions assigned to life listed above, such as evolution, reproduction, etc., they all have a purpose. Chemistry and physics, however, have no purpose—they proceed by random activity. Functionalism can pretend that life also has no purpose, but that’s obviously not true. The bottom line is that vitalism and functionalism both seem to be wrong in different ways. Vitalism recognizes the meaning of life without a physical basis. Functionalism describes the behavior of living things without explaining why they occur.

At the present moment, with functionalism in the ascendant, salvaging it as a viable model has turned quantum. Unlike the rigid cause-and-effect of atoms and molecules, quanta are defined by such principles as uncertainty, action at a distant, the alternation between balance (quantum coherence) and imbalance (quantum de-coherence), and entanglement (the invisible ties between subatomic particles), all of which add new wrinkles and open new doors. The vast orderliness of the human body involves perfect self-organization at every level. Whereas the physics of creation before the quantum revolution was about creating order out of chaos (which remains totally mysterious), quantum physics can point to order at the most basic level of nature.

It seems like a major step forward to see creation as “order out of order” rather than “order out of chaos.” But what about mind? In the end, it doesn’t matter how perfectly tiny bits of matter behave if you can’t show how they learned to think. This is the dead end that dooms functionalism, even though there are likely to be breakthroughs in new fields like quantum psychology, given that the human brain displays some basic quantum functions.

But rather than rescuing functionalism, there is another path. What struck the generation of quantum pioneers more than a century ago was how the behavior of quanta imitated life. Subatomic particles seem to move out of a state of uncertainty by making a decision about what to do next. Viewing the whole apparatus of creation, some physicists began to wonder if the universe is much more like a great mind than a great machine. Take that intuition a step further. Instead of quantum particles imitating life, what if they are actually alive?

One aspect of this conjecture is already becoming fashionable in the notion of panpsychism, which holds that creation contains consciousness, or proto-consciousness, as a fundamental property like gravity. Panpsychism arose to rescue physics from the conundrum of not being able to explain consciousness. Instead of explaining it, panpsychism simply says that consciousness has always been there. Is this an insight or a clever ploy?

No one can really come to a consensus answer to that one. The problem echoes the old problem with vitalism, that you can’t find a physical basis for the life force. What if you don’t have to? There’s an old joke about a man searching for something under a street lamp. A passerby asks him what he is looking for, and the man replies, “My car keys?” “Is this where you think you lost them?” asks the passerby, to which the man replies, “No, but the light is better here.”

Humor is actually reality in our search for the origins of life. We constantly return to physical processes because the light of knowledge is brightest there, while our understanding of love, compassion, intelligence, insight, and creativity is murky. They are obviously invisible things, and one cannot label them functions. Love as a mere function would be robotic. The next step in explaining the origins of life involves giving up on the wrong avenues of exploration.

What we are ultimately talking about is a human universe. It is too uncanny that human DNA and the human brain appeared from random processes by an incredible throw of the dice. Even if there are billions of solar systems elsewhere in the cosmos that contain planets that might produce organic chemicals fit to evolve into living creatures, this does us no good if your explanation about life is fatally flawed. The origin of life in a human universe belongs to life itself. Take two attributes of human existence, creativity and intelligence, and there is no level of creation that doesn’t display them.

If that’s true, then instead of looking out at a dead creation that evolved to become alive, the universe becomes life itself, evolving through creativity and intelligence to produce every variety of living thing. Such a theory turns the telescope around, but why not? Looking through it the way we do now has yielded tantalizing close but no real answers.