What keeps us apart: What we need to stop doing to truly evolve 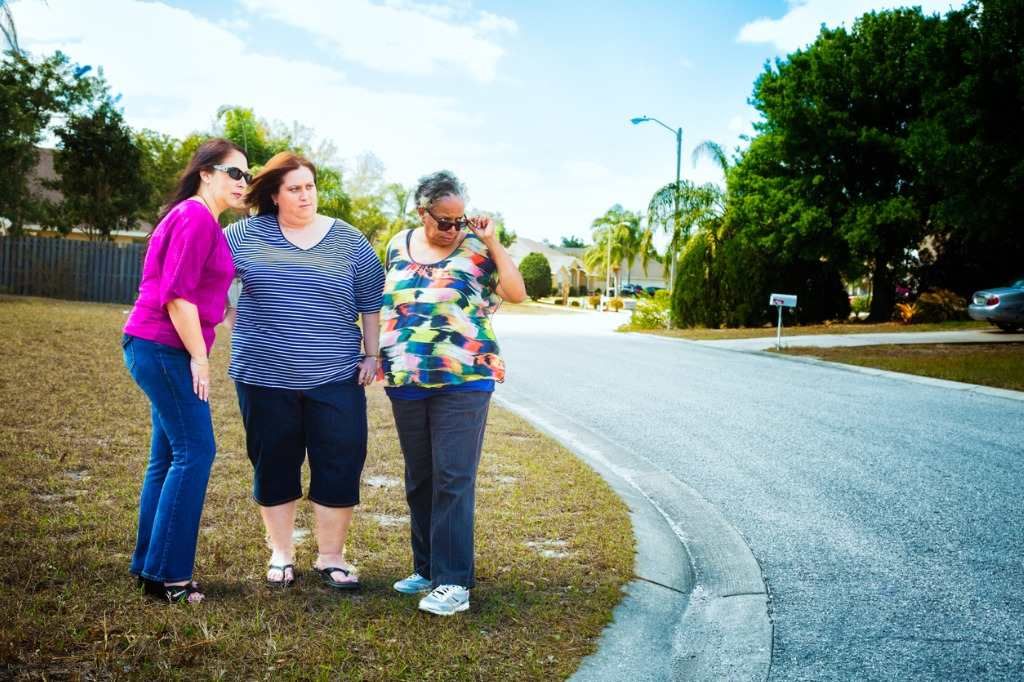 What keeps us apart: What we need to stop doing to truly evolve
Shaking my head, I heard the words come out of my mouth, “Oh my god, that’s just all sorts of wrong.” Then I realized what I was doing. I was looking at a 62-year old woman on television who was performing on stage wearing a black tight-fitting jumpsuit and showing a whole lot of cleavage through the sheer fabric on her upper chest. I looked at my husband and he was doing the same—not with words but with a look of disapproval on his face. We were full-on judging this woman that we’ve never even met.

​It's hard to admit it but we all do it. We judge all the time. “He’s so weird,” “I’m such a loser,” “She has poor taste in men,” or “Why am I so stupid?” Just a couple of days ago, I judged a friend of mine for cutting off his father from his life. While I was walking my dogs this morning, I judged the person I greeted and smiled at for not reciprocating. And I will probably have something to slap judgment on throughout the day.

Often, we also make judgments based on appearance alone. “She looks like she can lose a few pounds,” “His place is always a mess,” “Really? You’re wearing that?” or “That’s one ugly car.” We make many judgmental comments based on the looks of someone, something or some place—including our own. We also judge actions, behaviors, choices, decisions, personalities, morality, competence, and so on.

When I judged that woman on TV, where did those words come from? I didn’t really intend to do it but the words came out so easily. It seemed automatic, like a knee-jerk reaction. But why? Why do we judge others and ourselves? What drives us to judge in the first place?


Let me be the judge of that

First of all, let me define judgment in this context. It is the way we negatively criticize or condemn what we perceive without giving any thought to the history, reasons, or motivations behind them; doing it without understanding, empathy or compassion. Whether intentionally, unintentionally, consciously, or unconsciously it drives a wedge between all of us—between partners, families, friends, neighbors, countries, religions, and many more.

Whenever we’re passing judgments, we do it for different reasons. Some people do it out of fear, some out of ignorance, but most of the time we do it out of self-righteousness. We believe that we’re better than or superior to others. And if we dig deeper into our core, we will find that there is a very strong driving force underneath all that surface tension—we judge because of deep-seated insecurities within.

We formed beliefs, values and other “standards” that were supposed to define us but end up limiting our perspective and make us feel inadequate. These put us in different boxes and we feel threatened, unsafe and insecure when we are presented with something that doesn’t fit within our own box.

Superiority complex is an overcompensation mask that hides feelings of inadequacy. Psychologist Bill Crawford, PhD, supports this in his article Superiority Has An Inferiority Complex, where he said:

“I have always believed that people who have a need to make themselves superior to others (put others down in order to feel good, constantly reinforce how much “better” they are than others, etc.) are driven by a sense of inferiority, or a fear that they are not enough, or that something is wrong with them.”

He differentiated between real confidence and superiority complex, adding: “We can look at history to see examples of those who are truly confident versus those who act superior, but are actually overcompensating for feelings of insecurity. Gandhi, Nelson Mandela, Abraham Lincoln, Jesus, and Buddha are good examples of truly confident individuals, while Hitler, Mussolini, Joseph McCarthy, and Saddam Hussein would likely fall into the category of those who had a need to be superior based upon a fear of being inferior.”

Our own internal state sets the criteria by which we judge ourselves and others. Whatever “level of success” we have or whatever stage we are in our lives, it doesn’t matter. If we feel the need to pound our chest to assert our superiority or make ourselves feel good for whatever reason, we will pass judgment. The less we feel secure about ourselves, the more we feel the need to judge.

For example, a while ago I saw a post on social media of a famous cellist with a woman playing the piano. She wore a tight-fitting mini-dress that accentuated her svelte figure and showed off her long, shapely legs that stretched out in front of her to reach the piano pedals with her stiletto-clad feet. She was beautiful, sexy and talented. Yet people overlooked all of that and commented that the way she was sitting was “unnatural,” or that her performance was “stressful” to watch.

Examining my own reaction towards her, I realized that I was holding her against my culturally-defined beauty standards and she exceeded them so, I was also looking for something wrong with her. I needed for her to not be perfect so I wouldn’t feel insecure about myself.  In the same way, I held that 62-year-old woman on TV against my own norms that someone her age should be dressed more “appropriately.” But clearly, the problem lies not with them but with me.

Through our upbringing, life experiences and other external influences, many of us had been made to feel that we’re not good enough at certain points in our life. We were taught that we need to earn our wings to be worthy of any kind of exaltation, let alone love. So, we developed an unnecessary need to be seen, recognized, accepted, valued, and loved.

Author and speaker Anita Moorjani, who was miraculously cured of terminal cancer after a near-death experience, wrote in her New York Times bestselling book Dying to Be Me, “During my NDE, it felt to me that all judgment, hatred, jealousy, and fear stem from people not realizing their true greatness. Lacking awareness of our perfection keeps us feeling small and insignificant, and this goes against the natural ﬂow of life-force energy—that which we really are."

“It follows that the problems we see in the world aren’t from the judgment or hatred we have for others but for ourselves. Just as the key to my healing was unconditional self-love that eliminated fear, the key to a better world is for everyone to care for themselves the same way, realizing their true worth. If we stopped judging ourselves, we’d automatically find less and less need to condemn others. We’d begin to notice their true perfection.”

We judge because we’ve forgotten about our divinity at our very core—the one that is unequivocally and perfectly complete. Judgment keeps us apart. To stop judging, we need to feel whole again. When we feel whole, judgment stops, and when judgment stops, we begin to evolve as human beings.
Facebook   Twitter   LinkedIn   Pinterest   Reddit
Tags:
life Personal Growth judgments
Nourish Your Soul. Manage your Money
New Moon Intentions for Open-Hearted Connections

The Great Secret Hidden Within Each Moment

How To Live The Mystery Of Life

How to Live with No Regrets