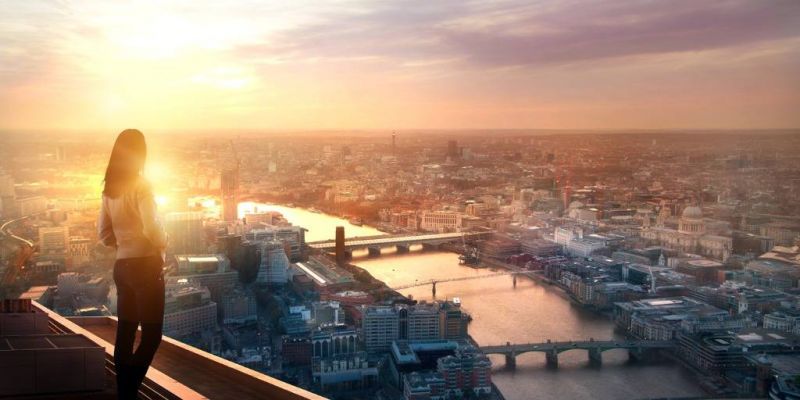 "The moment you doubt whether you can fly, you cease for ever to be able to do it."
—J. M. Barrie

The other day I was talking to a friend of mine who studies politics for a living. Networks, podcasts, and political junkies seek him out for his judgment. My friend and I were both bemoaning the state of politics and the state of our discourse and divide today when he said something that really hit home.

“We need a Ted Lasso in our political world,” he said.

Amen to that. I love the TV show Ted Lasso, and I recommend you give it a watch if you haven’t yet. (It’s on Apple TV+ and won the Emmy for best comedy this year.) I love Ted Lasso not only because I watch it with my son Christopher, who turned me onto it last year. I love it for the reason so many other people do: because it’s a show that inspires, makes you feel good, and offers a sense of hope.

“What can I believe in?” I find myself wondering. "Who can I count on? Who is here to call us up and forth?”

After watching the first few episodes of Ted Lasso, I remember telling my son that we all need a Ted Lasso figure in our lives. We need someone to keep us positive, hopeful, and on the right path.

Lasso appeals to the best in us. He has a desire to raise us up, not tear us down. He believes we can play together, work together, and come together, and he calls on us to do just that. Those are the kinds of people I want to be around. I want to surround myself with people who make me feel seen, who make me want to be better, try harder, reach higher, think more openly, love more freely, understand better, and listen without judgment.

I do wonder, though: would a Ted Lasso-type person even go into politics as it is today? Would we allow Ted Lasso to be heard? When Lasso spoke, would we take him seriously? Or, would we the electorate start tearing him down the minute he started talking about believing in something bigger than ourselves? Would we ridicule him for being too goody-goody, naive, and not worldly enough? Would we go looking for reasons his marriage failed, even though he said one of the most profound things I’ve ever heard about divorce: “Divorce is hard. It doesn't matter if you’re the one leaving or if you’re the one who got left."

Amen to that. Life is hard for everyone. That’s the good, honest truth. I saw that firsthand at my retreat this past August. People from all walks of life shared their truths, and their truths were hard. People struggle every day. Just look at pictures from Del Rio, TX. People struggle with feeling like they are enough. They struggle with feeling broken and like they’ve messed up their lives, even if their lives look neat on the outside.

People doubt themselves, lose confidence in themselves, and worry they are unlovable and alone. People's stories are heartbreaking. Everyone needs someone to see them and encourage them forward, and so does a country filled with all kinds of people trying to find their way.

The truth is, I agree with what my friend said. We do need a Ted Lasso in our politics, but I would add that we first need to tap into the Ted Lasso in ourselves. Otherwise we will not be open to someone asking us to be better than we are. We wouldn’t be able to hear them, much less let their words land in our hearts, which is where they need to land. We need someone encouraging us to believe in ourselves and to see ourselves in our neighbors. But first we need to believe in ourselves and our neighbors and believe that our country can move forward better than it’s ever been.

I know that may feel like a long shot. Look at the divisiveness we saw this week when President Biden urged Democrats to find consensus with Republicans on a budget package with another potential government shutdown looming. Wouldn’t it be great if our politics would drop the “D” and the “R” and we could all start playing on the same team? Wouldn’t it be great if someone would step in, Ted Lasso-style, and say, “Hey, right now we have two teams that seem intent on destroying the other. Can’t we come together and focus on our larger vision, so we can actually get more done?”

If we acknowledge that life is challenging for ourselves and others, then we will have a starting place for connection. It’s not a competition. There are always winners and losers in competitions. Our politics and our society feels all about that—who's a winner, who's a loser, who's successful, and who's not. But it doesn’t have to be that way. It can be better than that. It has to be. The challenges facing us are enormous. The air we all breathe is full of smoke. Our food is contaminated. Our forests are burning. Our neighbors are dying. Our schools are closing. Our essential workers are burnt out. Women feel attacked. Men feel threatened. Races are pitted against one another. Refugees from everywhere are looking for a place to call home. Everyone is desperately searching for a place to belong.

We can’t go on this way. There is no good ending to this division. So while Ted Lasso may be a fictional character, he’s also a real example for how to navigate the twists of life. The good in him brings out the good in us. What I love is that he struggles like we all do. Like all of us, he’s made a mess of life and is trying to be better and give that same grace to others. He sees possibility in everyone. That’s what I want someone to do for me. That's what I want to do for others and for my country. I want to believe in you, me, and us. And the truth is, I do believe.

Actor Jason Sudeikis said his show is a success because it’s about family, mentors, and teammates. Each of us are part of the larger American family, and moving forward each of us can adopt a team mentality. Each of us can mentor, guide, or pave a way forward for at least one other person.

On Thursday I spoke to Mitch Albom about his work in Haiti and the situation at our border (see below). He said something that stuck in my heart. He told me a story of a man selling trinkets on the streets of Haiti who kept pestering him to buy something. When Mitch turned to him and said, “No thanks, I'm good," the man looked at Mitch and said, “You’re good? I want to be good. I want to be good, too."

The truth is, we all want to do good, be good, and feel good about ourselves, about one another, and about our country. So instead of waiting for Ted Lasso to show up in our politics, let’s find him in our own hearts first. Maybe each of us can be a Ted Lasso or a coach to ourselves. We’re going to need to tap into that spirit if we really want to move forward. We’re going to have to believe that we can.

Stop Taking the Rejection of Others Personally

Be at Peace with the Pain of Others

Having the Courage to Express Our Vulnerability

This Unified Field of Energy is Love 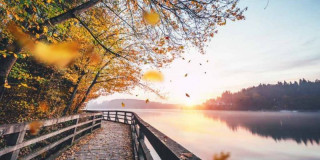 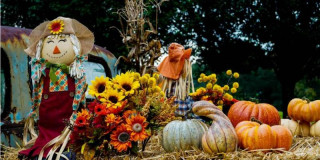 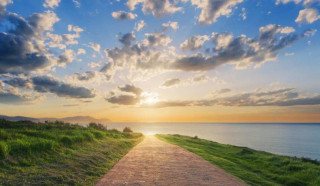 Where We Find Ourselves
Maria Shriver 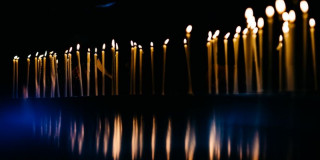 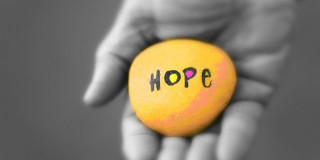 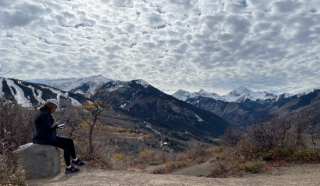 It's Time To Get Creative
View all