Why Einstein Was Wrong About the Moon 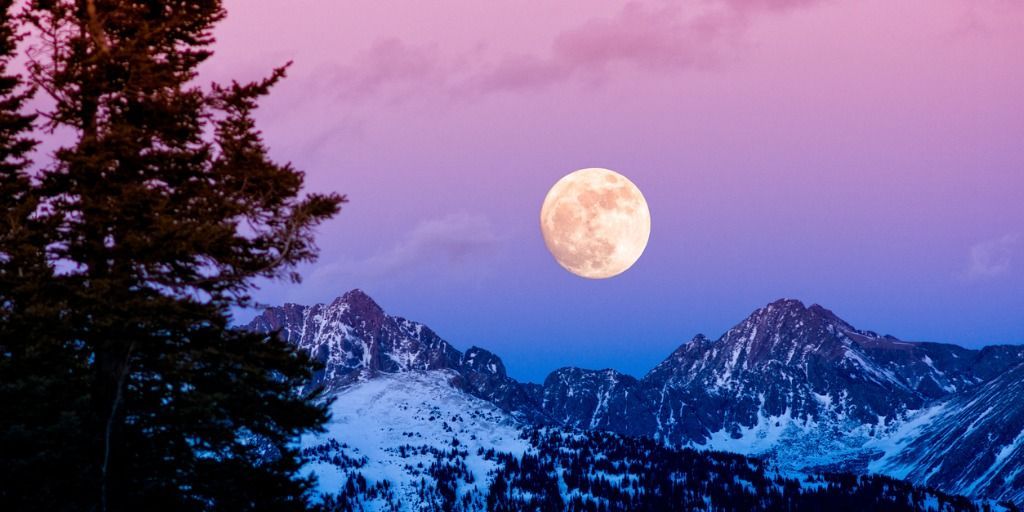 Why Einstein Was Wrong About the Moon

Reality contains many mysteries, some so impenetrable that even the greatest minds are baffled. Albert Einstein was among them. Even though quantum physics had achieved a huge success, Einstein had doubts about its description of reality. These doubts were crystallized in an anecdote. As related the acclaimed modern physicist Lee Smolin, “He once walked back from the Institute for Advanced Study in Princeton with the late Abraham Pais. The moon was out and Einstein asked Pais, ‘Do you really believe the moon is not there when you are not looking at it?’”

Einstein was defending two of the most basic principles in everyday life, first, that physical objects exist “out there” as real things, second, that they exist independent of an observer. It would seem impossible that these two propositions aren’t true. Of course, we say, the moon exists as a real thing, and it was around for billions of years before the first human gazed at it. But this view, technically known as naive realism, is fatally flawed.

Imagine that you have a red light bulb hanging in a room of your house, and every time you walk into the room, the bulb is on. Does that mean that it is on all the time? The possibility exists that it only turns on when you walk into the room. This sounds far-fetched, but in fact you cannot prove that the red light ever turns off. It would have to turn off when you aren’t looking, and yet the only way to check on it is to walk into the room and look.

Quantum physics has many theoretical arguments that have raged for over a century, but among its greatest pioneers, Niels Bohr and Werner Heisenberg stated that nothing in Nature, not just a red light but all the basic “stuff” in creation, such as electrons and photons, cannot be proven to exist unless someone looks at them. This is only one of the strange behaviors exhibited in the quantum world, but it is probably the most crucial for figuring out the mystery of reality.

Bohr and Heisenberg were pioneering an idea that came to be known as the participatory universe, which holds that human beings, far from being insignificant compared to the vast operation of cosmic laws, are key players. As Heisenberg put it, electrons and other particles are not real but exist only as ideas or concepts. They become real when someone asks questions about Nature, and depending on which question you ask, Nature obligingly supplies an answer.

What exists outside our questions? That is the core mystery. The quantum revolution did away with the common-sense view that physical objects “out there” can be taken for granted. Einstein knew this, of course. Having discovered relativity, he understood that time and space are not actually the time and space of everyday perception. He wanted the moon to be real for a deeper reason: the unity of Nature. He was fairly young when he made headlines around the world with E=mc2, and for the remaining decades of his career he strived to come up with a method, mathematically speaking, that would unify quantum mechanics and relativity.

In that project he failed, and no one has succeeded to this day. Why should this matter to the average person? Because right now quantum reality behaves in its strange way and the everyday world behaves in a mostly common-sense way. The two are in flat contradiction, as evidenced very close to home in the human brain.

The brain, like all physical objects, can be broken down, layer by layer, until you reach the level of the quantum. At that point, it basically vanishes. Seemingly solid matter diffuses into clouds of energy, these clouds spread out as ripples in the quantum field, and the ripples cannot be conceived except as mathematical configurations in hyperspace. It doesn’t matter whether you start at the top or the bottom of the heap. You can’t make mathematical configurations learn to think, and you can’t keep the brain intact as a solid physical object.

To bring the issue even closer to home, your brain is like the red light bulb in the room. You can’t prove that it exists without you to observe it. If Heisenberg was right and electrons are merely ideas that Nature turns into particles when human being dream up questions about electrons, then the brain is also an idea. It happens to be a huge, complex idea. The brain is Natures’ answer when someone asks, “what does the mind look like?”

Once you ask this question, the whole field of neuroscience pops into existence. Nature has tons of tiny answers about neurons, synapses, serotonin, and so on to fill out the one big answer. But the brain doesn’t become real just because it provides lots of facts. These facts are linked to the basic rule that nothing can be real without an observer. To put it simply, every experience needs three things: an observer, the thing observed, and the process of observation. Einstein wanted to reduce the three parts to one: the thing observed (in this case, the moon).

His contention doesn’t hold up, however, because as with the red light bulb, the whole universe can’t be separated from an observer and the act of observation. You have to back up quite a few steps to reach this conclusion, too many steps for the average person, including the vast majority of scientists. But physics is still haunted by Einstein’s question: Is anything “out there” real by itself?

Physics is in a funk today because it can’t make this question go away. Two or three decades ago, physical “stuff” was real, and this whole business about the observer could be ignored, at least for workaday purposes like building high-speed particle accelerators. But the ground has shifted. “Stuff” has become “our current model of matter and energy,” and no one can agree on what this model should be.

A sizable quotient of very smart physicists believes that consciousness is an innate part of creation. This idea comes from thinkers who were backed into a corner.  They couldn’t, no matter how hard they tried, show how mind came about—all physical explanations failed and continue to fail. Secondly, they couldn’t take out the pesky need to include the observer and process of observation—the universe has to be participatory.

Revolutions often occur when old thought and received opinions are backed into a corner. That is happening right now, and in the next post we’ll discuss why Einstein being wrong about the moon actually changes everything.