Why Is Nature So Good to Us? 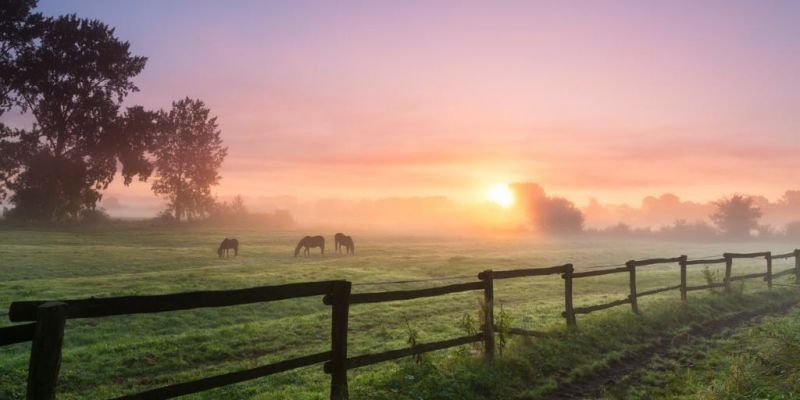 There is no more important question than the following: Is Nature on the side of human beings? If you answer immediately without a second thought, your answer is very likely to be no. The reasons behind the answer are emotional—the power of the weather, just to mention one force of Nature, is terrifying in its might. Someone with a scientific bent would support a “no” with two plausible arguments. The first argument is that natural forces operate at random and have done so for 13.8 billion years, the current estimate for the age of the cosmos.

The second argument would be based on entropy, which is the universal tendency for heat to disperse. Thanks to entropy things wear down and eventually wear out; thanks to entropy the cosmos may be cooling down until it reaches nearly absolute zero, although long before this all the stars would have died and all life vanished.

Yet I think the considered answer is ”yes,” Nature is not only on our side, but overwhelmingly so. The opening edge of the wedge, if you want to get to yes, goes back to entropy. In the cosmos there is an opposite force, evolution, that opposes entropy. Instead of wearing down, things grow and become more complex. Evolution led to human life on Earth despite inconceivable odds. Literally a billion things could have gone wrong to derail the pace of evolution, but they didn’t. Human DNA is fragile and incredibly complex; the proteins that swirl through every cell in your body number in the tens of thousands, each performing a precise function; the attack of entropy is relentless, as are the possibilities of death by viruses and bacteria, yet despite these anti-human forces, Homo sapiens thrives unless we defeat ourselves through war, genocide, or irrational activities that endanger the planetary ecology.

The all-but-miraculous evolutionary path that led to Homo sapiens accords with traditional Judeo-Christian beliefs that made Adam and Eve the crowning glory of creation in the Book of Genesis. In the modern secular world this actually worked against the argument that Nature is on our side. Whatever is religious or mythical isn’t science, and science has become the court of last resort. If science disagrees with your beliefs, you are almost automatically wrong.

But the scientific world view, which is so certain about the inexorable force of entropy, is at a loss with its opposite, evolution. There is Darwinism, which picks up the story once plants and animals appear. But what about the 13-plus billion years that preceded complex life forms? Somehow evolution persisted, starting from the instant of the big bang. Darwinism has nothing to offer, since there is no survival of the fittest for atoms and molecules.

It is so hard to explain away the fact that Homo sapiens, against titanic odds, appeared on the scene that science has resorted to cop outs and short cuts. The biggest cop out is statistical. Given the trillions of stars in the universe, a percentage of which have planets, and a percentage of these planets being neither too hot nor too cold to sustain our version of life, then the argument goes, it is statistically almost certain that life will arise. But this statistical result is backed by data that is meaningless. The number of evolutionary steps necessary to reach a complex life form with a brain number in the millions or billions, and nobody has the slightest idea how to calculate the odds of achieving even the first step. (The statistical argument is backed and filled by the notion of the multiverse, which has nearly infinite single universes inside it, offering more possibilities for life but only in theory—there absolutely no data or evidence about the multiverse.)

So much for the arguments that are a cop out. The other scientific argument involves taking a short cut, the most popular one being the anthropic principle. It begins with a foregone conclusion: Humans exist. Therefore, the universe must be arranged in such a way that there is a logical connection between us and the big bang. This is like finding a baby in the woods and reasoning that it had to get there somehow, only there is nowhere to go after you take this logical short cut. The anthropic principle restores Homo sapiens to a privileged place in the universe but has no explanation for why this is so. It just is.

If you have followed the arguments this far, you will perceive that the question of Nature being for or against human beings is deadlocked. Neither answer, yes nor no, is solid enough to believe in. This is actually a good insight, because in our day it is so easy to automatically view Nature as either indifferent or filled with huge threats that stack the cards against us.

The ancient Vedic sages of India came up with the only viable argument I have ever encountered, and it places evolution first and foremost in creation. Unlike Darwinism, where evolution is simply about surviving and finding a mate, Vedic evolution occurs in consciousness. The argument is simple and cosmic at the same time. It says that creation occurs on three levels at once—there is a knower, a known, and the process of knowing. When the knower wants to know something, the thing to be known appears.

We see this all the time in daily life. If you want to cook dinner, you have to know what you want to do, how to proceed forward, and what the cooked dish will be. You need all three. Someone who wants dinner but can’t cook is stuck. Someone who knows how to cook but has no ingredients is equally stuck, and so is someone with all the ingredients for dinner but isn’t hungry.

The so-called three-in-one state is the key to evolution. It allows all forms of human creativity. There has to be a creative mind (knower), a creative process (process of knowing), and the created product (the known). The riddle of cosmic evolution is no more complicated than making dinner, but science balks at the notion of a creative impulse in Nature, despite the fact that the current explanation, which relies on random events leading to astoundingly complex results, is the worst explanation possible.

Once you accept that the flow of creative intelligence proceeds by uniting all three necessary elements—knower, known, and process of knowing—the entire mystery of mind and matter is solved. You don’t need a divine creator whisking matter into existence; you don’t need random molecules learning how to think. The whole of evolution is unified so that every step toward a complex result (i.e., you and me) is securely in place. Is there any better way for Nature to be on our side?